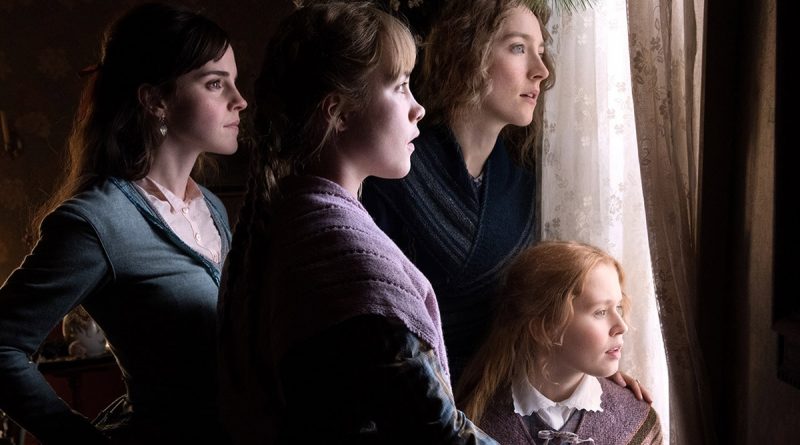 Louisa May Alcott wrote a little book about little women. It became a classic. She never meant for the autobiographical tale of her life in the 19th-century, after the Civil War, to be a book for children. It is not — that’s “women” in her title, not “girls.”

Nor is this fine film exclusively for children — not that boys and girls cannot enjoy its feistiness. “Little Women” unfurls out of women’s history. It’s a story of family post-Civil War with a loving mother and a father still absent. It’s a story of a time when women could not vote, could not keep their children in a divorce, could not hold property after marriage, a time when marriage was essential for monetary support, but it could also be a pinching corset.

Jo March, one of the four nubile March sisters, makes that very clear in nearly every line she delivers from the sculpted script by Greta Gerwig. “I intend to make my own way,” she insists. Jo is told by her publisher that her book needs to end with a woman married or dead, and she acquiesces — after firmly negotiating her share of the profits.

Saoirse Ronan plays Jo, but, despite Ronan’s talent, she does not play well in the part. Jo describes herself as homely and awkward, neither of which Ronan is. Also miscast is Laura Dern as Marmee; she’s better as the sharp lawyer in “Marriage Story.” The other Marches are played by Emma Watson, Eliza Scanlan, and Florence Pugh. Timothée Chalamet well plays Laurie, the flirtatious neighbor; Chris Cooper is Laurie’s father (an odd choice that works). Bob Odenkirk is also oddly cast as the women’s father. “Grantchester”‘s James Norton shadowplays Meg’s husband, and Meryl Streep plays the women’s aunt, the Maggie Smith role. The brilliant actor Jayne Houdyshell is nearly wasted as the servant, but Tracy Letts works well as the curmudgeonly publisher.

As director, Greta Gerwig emphasizes Jo’s independence as well as the loyalty and distemper among the March sisters (as one of four sisters myself, I can verify both). Gerwig plays fast and confusingly loose with the time line, so attention must be paid. Her interpretation of this classic is not perfect, but it certainly is worthy of being in the field with the other versions of Alcott’s classic.