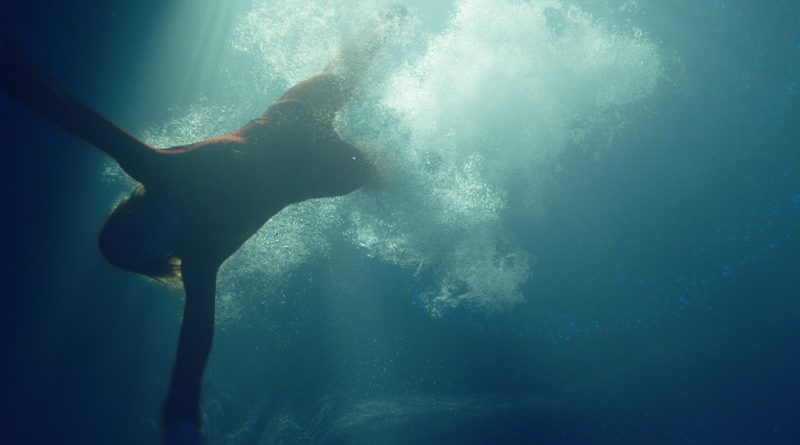 From Moby Dick to H.P. Lovecraft, there’s something about the mysteries of the deep that seem to compel us in an almost primal way. The wonders and enigmas of the ocean are for storytellers throughout history a source of fascination outdone perhaps only by the unknown possibilities of outer space. But except for a few wondrous exceptions like Claire Denis’ 2018 film High Life, for instance, space travel and exploration feels almost a little mundane today, potentially over-mined as it is by major franchises that dominate the creative possibilities such world-building exercises should afford.

So it is to the briny depths that Irish filmmaker Neasa Hardiman turns for her feature debut, Sea Fever. A stalwart and highly experienced television director, as both writer and director Hardiman demonstrates a steady hand as she captains the film throughout what in generic terms is thrilling yet rather pedestrian ocean-monster science fiction territory.

The film stars Hermione Corfield as Siobhán, an anti-social and rather humourless postgraduate marine biologiest who, against her will, is forced to go on a short sea journey with the crew of a rickety trawler off Ireland’s west coast as the practical component to her research. Far more comfortable with datasets, laptops and text books, the rough-and-ready crew are as uncomfortable with her presence as she is with theirs. But when she removes her hat in the chilly weather to reveal her long red hair, the suspicions of the crew members cannot be disguised: it’s an old sea legend that red heads bring bad luck. But desperate for the money Siobhán’s research trip will bring them, the captain Gerard (Dougray Scott) and his wife Freya (Connie Nielsen) know they have no choice but to continue their journey regardless.

If tensions were fraught to begin with, they rapidly deteriorate after the ship is caught by an initially unknown object unseen below the water. What unfolds is a rousing sea monster movie where Siobhán’s scientific knowledge lies in tension with the fears of the crew and the financial desperation of the trawler’s owners, building in hysteria as the reality of their situation becomes more apparent.

With Toni Collette initially cast in Nielsen’s role, it is difficult to imagine how different the film might have been with an actor of her calibre playing what in the final version is the latter’s relatively plodding performance. But the film largely lies in the hands of Corfield’s restrained, controlled depiction of Siobhán, a complex character she constructs with empathy and intelligence, avoiding the more obvious clichés that such a character type would normally suggest. Although comparisons to Alien are not thin on the ground, Sea Fever isn’t quite at that level and it is unfair to expect it to be; but it is fun, filled with genuine surprises and heralds Hardiman as a filmmaker to watch.