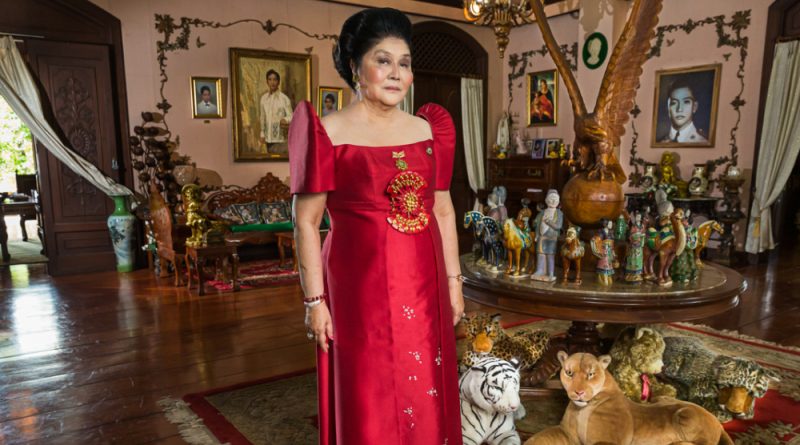 Imelda Marcos is arguably better known for amassing an opulent collection of 3,000 pairs of designer shoes than anything else she did as the former first lady of the Philippines.

Best known for “The Queen of Versailles,” another chronicle of the ups and downs of the excessively affluent that is more than it appears on the surface, award-winning writer-director Lauren Greenfield’s riveting documentary “The Kingmaker” uses Marcos’ signature shows of ostentatious wealth – from the displaying (and concealing from the authorities) of masterwork paintings to the distributing of literal stacks of currency to beggar children and cancer patients – as both a lure and an insight into the psyche of the shockingly shrewd politician.

“I have to dress up and make myself more beautiful, because the poor always looks for a star in the dark of the night,” explains the widow of once-ousted dictator Ferdinand Marcos, daintily perched in a hot pink designer dress among the gilded furnishings of her lavish home.

“The Kingmaker” starts as a captivating portrait of a woman who can with a straight face refer to her family’s plundering of billions of Filipino tax dollars to finance their luxurious lifestyle as a way of “mothering” the country. But the film soon becomes an absolutely chilling account of how the once-exiled Marcos and her adult children have returned to the Philippines and started to steadily rebuild their political dynasty.

Along with chronicling Marcos’ rise to and fall from power with her husband – along with pillaging the country’s coffers, the couple also kept the Philippines under martial law for much of the 1970s and were accused of rigging elections, assassinating political rivals and committing numerous human rights violations – Greenfield also recounts how their son, Ferdinand “Bongbong” Marcos Jr., fiercely campaigned for vice president in 2016.

He didn’t win, but the Marcoses helped their pal Rodrigo Duterte get elected president. And the family has managed to rehabilitate even their dead patriarch’s tyrannical legacy, scrubbing from the collective consciousness the most damaging sins of their father and mother.

Greenfield skillfully intertwines archival and recent news footage, people-on-the-street interviews and sit-downs with Marcos, her children and their opponents.

“Perception is real – and the truth is not,” Imelda Marcos tells Greenfield, effectively making the case that “The Kingmaker” is less a historical biography than a timely cautionary tale.

The stunning documentary is wrapping its theatrical run and will air on Showtime in early 2020.