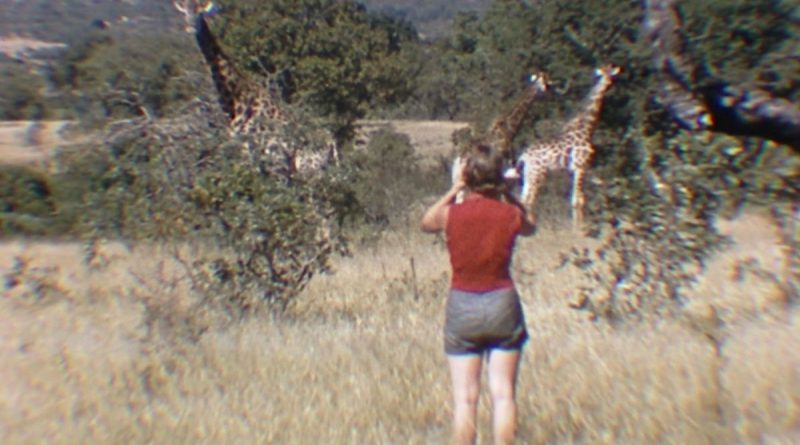 Alison Reid’s illuminating documentary is a terrific introduction to Anne Innis Dagg, a mild mannered Canadian zoologist who has only recently been given her due. Dagg’s groundbreaking discoveries about wild giraffes, meticulously documented during her solo stay in remote South Africa as an enterprising 23 year-old in 1956, are still cited by zoologists, researchers and conservationists who consider her book The Giraffe: Its Biology, Behavior, and Ecology to be the “the bible” on the subject.

That Dagg remained under the radar all these years — revered among “the giraffe community” but nowhere else — is movingly and crucially explained in the film as a combination of sexism (surprise) and the oddness and complexity of her subject. Although Dagg’s trailblazing work in the African wild preceded Jane Goodall’s by three years, experts in the animal studies surmise that most people found chimpanzees cute and relatable while giraffes were alien and aloof. Dagg herself, despite an entertaining appearance on the TV game show “To Tell the Truth” that opens the film, wasn’t the self-promoting type. The film is rich with archival footage of Dagg at work at a time when women didn’t travel alone to Africa to study wild animals or expect their research to be taken seriously. But Dagg was encouraged throughout her early life by her mother, and her tender and enthusiastic letters home to her are read in the film.

In the film’s interviews with Dagg, the likable, down-to-earth octogenarian recounts her efforts to get university tenure after she returned to Ontario and earned her Ph.d. When denied, despite all her publishing acclaim, she battled unsuccessfully to counter the discrimination. Without funding or academic backing to continue researching and publishing, she didn’t return to Africa until recently which is beautifully detailed in the film. Thanks to a new generation and a renewed conservation community, Dagg has lived long enough to be celebrated and to see the widespread influence her work has had on younger zoologists and conservationists who are battling the steady decimation of the giraffe population.

The Woman Who Loves Giraffes is an important chronicle of a singular feminist and passionate researcher as well as an environmental alert that, due to the destruction of their habitat and the effects of war and human starvation, giraffes are rapidly becoming extinct. This call to action is the most fitting way to honor Dagg’s legacy.