The Alliance of Women Film Journalists is welcoming ten outstanding female film journalists as new members, starting in January 2020. They are film critics, commentators and reporters who hail from around the world and represent a wide range of media platforms, including popular and erudite publications, daily newspapers and other print journals, broadcast and online outlets.

AWFJ accepts very few new members each year. Congrats to those who are joining us in 2020, and sincerest apologies to the many highly qualified women whose applications we could not accommodate this year.

Here, in alphabetical order, are the 2020 new members of the Alliance of Women Film Journalists: 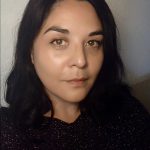 JESSICA KIANG is a Berlin-based freelance film critic with regular bylines in Variety, Sight & Sound and The Playlist, where she was also Features Editor for the five years it was part of Indiewire. She is a veteran of festival juries from Iceland to Cairo to Toronto, and regularly attends all the major European and Asian film festivals. 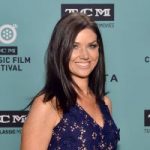 TARA McNAMARA has carved out a niche as a movie journalist with expertise in family films, including serving as the Fandango’s Film Mom and a Common Sense Media movie critic. She led the recurring Reel Moms segment on Today, was Variety‘s news anchor on Sirius Radio and a regular contributor to The Insider, Entertainment Tonight, and Inside Edition. She currently runs 80sMovieGuide.com and co-hosts the ’80s Movies: A Guide to What’s Wrong with Your Parents podcast. 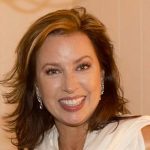 APRIL NEALE is an entertainment writer and television critic. Neale has read her work both on NPR and ‘Spoken Interludes’, and has previously written for various industry trades and entertainment websites. Neale has written for Monsters and Critics since 2003, and is an editor and main contributor to the TV, Film and Culture (formerly Lifestyle) sections. 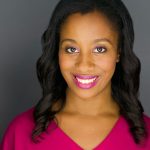 LYNNETTE NICHOLAS graduated from the University of Florida with a degree in English Literature with an emphasis on Theater Studies and Africana Studies. Lynnette reviews films for Common Sense Media and other outlets. She has several years of experience as an educator, and works as a NYC-based freelance writer covering entertainment, culture, women, black women, faith and millennial parenting. 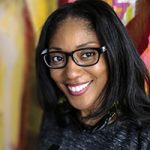 SHERIN NICOLE is the chief creative & chief marketing officer [read: agent provocateur] at idobi Network, where she is also the executive editor and writes film/television reviews. Her musings on film have appeared on The Blcklst.com and RogerEbert.com. Additionally, Sherin is a frequent contributor to several radio shows on which she gets nerdy about film and entertainment. This is includes Geek Girl Riot, the radio show she created and produces. 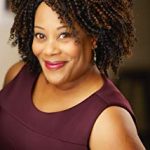 CARLA RENATA is the creator and host of The Curvy Critic, which streams live on Sundays. A member of CCA and AAFCA, her commentaries are also on Black Film Live and she’s a Rotten Tomatoes approved critic. Carla is a graduate of Howard University, where she obtained a B.A. in Broadcast Journalism. Multi-talented, she’s also an actress and singer with an impressive list of credits on stage and screen. 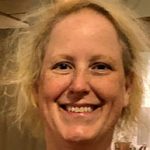 JULIA SWIFT can be seen weekly reviewing movies on on FOX44/ABC22 and read on Rotten Tomatoes. After writing for network television and directing award winning shorts, she realized her favorite part of working in media was talking about film with people as obsessed as she is, and made the switch to reviewing. She is also an assistant professor at Champlain College in Vermont. 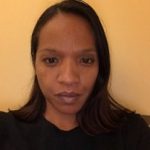 JAZZ TANGCAY grew up with a love for film. Her early recollections include Kramer V Kramer, The King and I and Sleeping Beauty. She started writing for So So Gay in the UK. When she moved to LA, Jazz wrote for Awards Daily, covering interviews, awards season and writing FYC pieces. Jazz recently joined Variety where she is Artisans Editor. 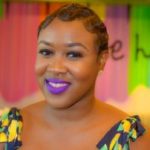 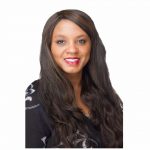 KATHIA WOODS is a movie critic/entertainment journalist out of Philadelphia, PA. She’s the creator of CupofSoulShow, an online outlet that covers minority creatives in film, television, and music. She’s a contributor to Mark and Denise in The Morning on 860 A.M WWDBAM.Com, and has covered Sundance, SXSW, Tribeca, and Philadelphia Film Festivals. Kathia was born in Munic,h Germany but is of Brazilian descent. She is fluent in five languages and holds a Bachelor of Arts degree from Temple University.