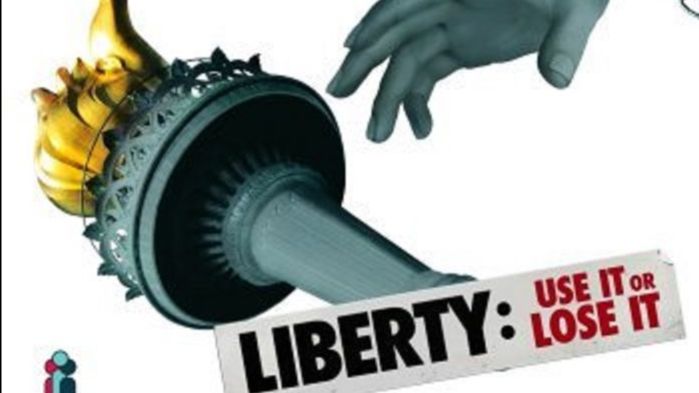 First released in 2008, The End Of America is a still timely presentation of the ten step blueprint that Hitler and other dictators used to subvert democratic process and put an end to personal freedoms. It compares, step by step, events leading up to establishment of the Third Reich with what has happened in the United States in recent years. Very convincing. Very scary. Should be required viewing for anyone old enough to vote or join the army. The End of America can be viewed in its entirety for free on YouTube.

Is the American Constitution at risk?

That’s the question that’s posed and answered in The End of America, the smartly structured and thoroughly researched documentary, as co-directed by Ricki Stern and Anne Sundberg. Structurally, the film follows author Naomi Wolf on a lecture tour based on her book, The End Of America.

Yes, that’s the same title as the film’s, and the thesis of both book and film are also the same–delving into the changes made to the American legal process during the eight or so years before the film’s release in 2008.

Additionally, the documentary shows that the concurrent injection of fear-inducing ideas into the way Americans view the nation and wider world are just about the same as those leading up to the establishment of the Third Reich in German, and other abhorrent dictatorships. Continue reading on CINEMA CITIZEN.