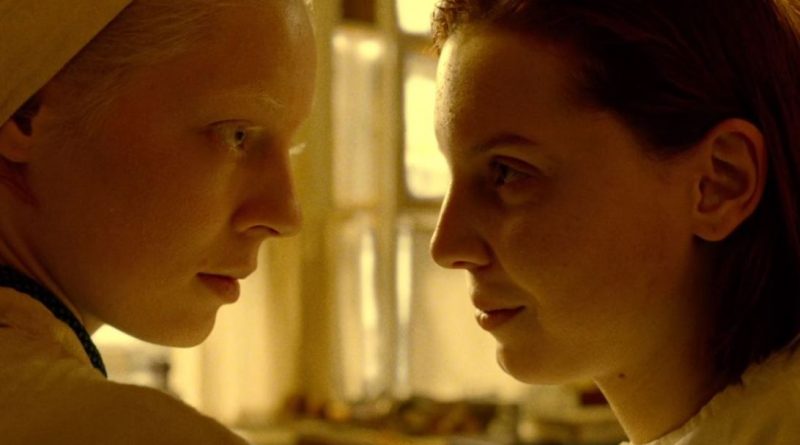 Set in 1945 Leningrad, Beanpole can’t be anything other than grim. A realistic portrait of survival in the immediate aftermath of World War II, Russian director Kantemir Balagov’s drama is necessarily, unrelentingly bleak.

But the engagement of its main characters, Masha (Vasilisa Perelygina) and Iya (the Tilda Swinton-esque Viktoria Miroshnichenko), anchored by outstanding breakout performances from the two leads, give this film the searing honesty of a documentary, with long, unflinching takes among striking visuals that echo master neorealist directors Vittorio DeSica and Ken Loach.

Masha and Iya, who is nicknamed “beanpole” for her lanky height, bear fresh scars from fighting alongside one another at the front. Discharged for a mysterious malady that gives her sporadic fits of paralysis where she’s unable to speak, Iya works as a nurse in a dreary hospital tending to the victims of the war as well as caring for Masha’s toddler son, Pashka. The little boy accidentally dies while in Iya’s care, so the reunion between the young women begins on a bleak note.

Coping with trauma is a theme throughout the film as Iya and Masha each adjust to post-war life in the city, where one can practically feel the bone-crushing cold and smell the permeating damp. The film recalls Romanian director Cristian Mungiu’s 4 Months, 3 Weeks, and 2 Days and Pawel Pawlikowski’s Poland-set Ida in its haunting despair and in its rendering of how powerless young women try to harness some primitive control — over one another, over their circumstances — just to feel alive again.