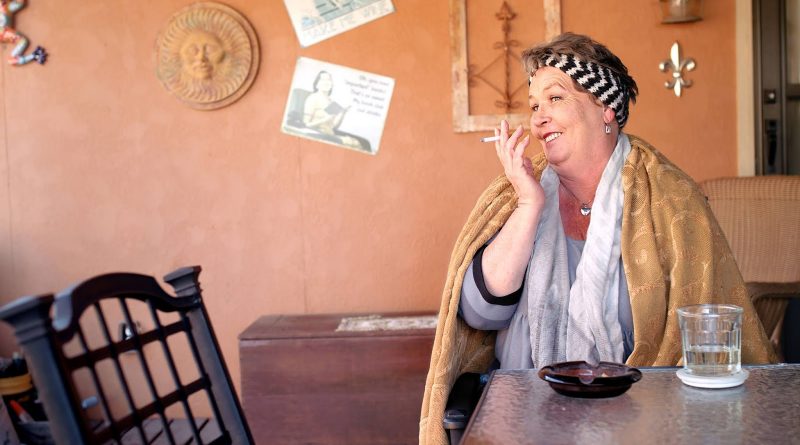 Set inside one of Oklahoma City’s oldest and rowdiest strip clubs during the height of the early ’80s oil boom, it’s hardly a shocker that the documentary “Red Dog” veritably gushes with outrageous stories involving sex, drugs and rock ‘n’ roll.

But Oklahoma native Luke Dick’s chronicle of his unconventional childhood is much more than an R-rated peek behind the pasties: It’s a surprisingly poignant tale of a motley crew of bouncers, bartenders and strippers who became the first family for a toddler and his single mother.

A Nashville, Tennessee-based singer-songwriter who has penned award-winning hits for Miranda Lambert, Kacey Musgraves and Eric Church, Dick clearly knows how to tell a story. Even better, he and his frequent collaborator Casey Pinkston know star power when they see it, and Dick’s mother, Kim Kassen, has it in spades.

A quick-witted, chain-smoking, down-home dynamo who cusses like a sailor and takes no crap, Kassen makes for a compelling protagonist. Sure, she has regrets about her past, but she looks back at her one-time friends, lovers and rivals at the Red Dog with great humor and affection whenever possible.

Her son spent his early childhood years at the Red Dog, where his mom started stripping as a teenager with a fake ID. It’s where she met and married his dad, one of the regulars. Not long after the future songwriter and filmmaker was born, his dad left his mom, so she went back to work at the Red Dog.

Considering its status as one of OKC’s most notorious topless bars, it’s not surprising that Kim and her cohorts share crazy stories of love affairs, drug deals and workplace rivalries gone ridiculously awry for the documentary.
The anecdotes are usually uproarious, frequently harrowing and often underpinned with profound pathos, which Dick explores sonically with the film’s original music. Colorful animation sequences by Casey Pierce are deftly used to add whimsy or tell some of the more graphic stories.

Featuring the sort of nudity, language and adult themes that make it unsuitable for children – at least the ones who didn’t grow up living it – the documentary, which premiered at the 2019 South by Southwest festival in Austin, Texas, also is an affectionate tribute from a loving son to the mother who kept doing the best she could – even when she didn’t really know what she was doing at all.

A hit at the 2019 deadCenter Film Festival in OKC, where it won the Special Jury Prize for Best Documentary Feature, “Red Dog” debuted Jan. 7 on DVD, on iTunes and via several streaming services.