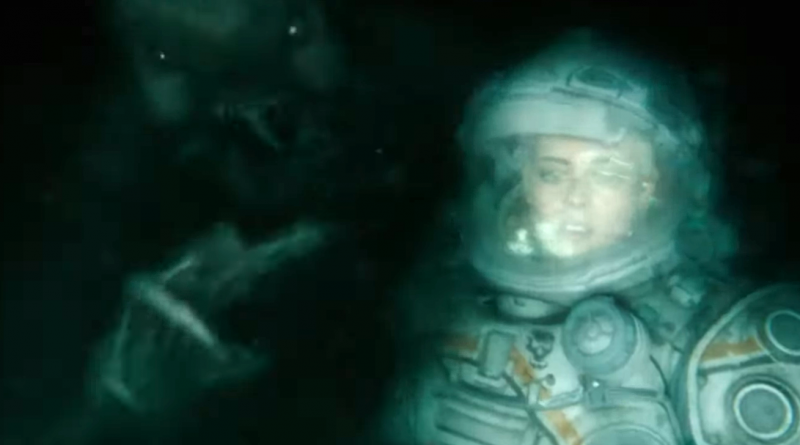 The vampires and werewolves Kristen Stewart faced in “Twilight” pale in comparison with the gigantic aquatic creature that’s after her in this silly deep-sea dirge.

Fleeing with other crew (Jessica Henwick, Mamoudou Athie, John Gallagher Jr., T.J. Miller) and their captain (Vincent Cassel), Norah and these survivors of the initial explosion realize that they must make their way to an abandoned outpost if they ever hope to reach the surface again.

There’s constant terror, coping with changing air pressure and faulty diving equipment, as they struggle across the sediment-clouded sea floor.

And when they capture a mysterious pink creature that’s been munching on a human corpse, it’s obvious that its angry mother will soon appear to wreak vengeance.

“We did this!” a marine biologist screams. “We took too much! We’re not supposed to be down here!”

With her hair buzz-cut to white/blond fuzz, Stewart runs around in her underwear whenever she can shed the clunky deep-sea exoskeleton suit. Fetching but far-fetched.

On the Granger Movie Gauge of 1 to 10, “Underwater” sinks to an incoherent, unintelligible 2. Glub-glub…