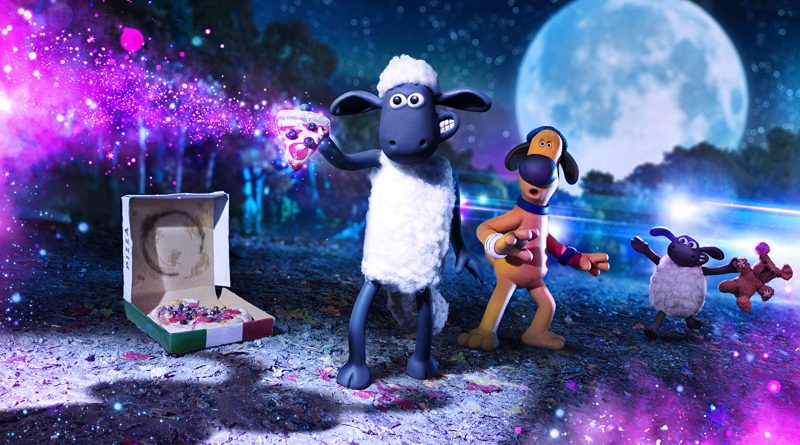 Bringing its ovine antics to the big screen back in 2015, Shaun the Sheep Movie took cinema back to its roots and demonstrated all-ages entertainment at its very best. The art of long-form dialogue-free storytelling has become a novelty, but here, the lack of spoken words was treated as an opportunity — to relay a tale through inventive and playful stop-motion images, to hark back to the days of silent comedians and slapstick greats, and to engage young and old in the process. When done well, all three are achievements worth celebrating. In this delight of a movie, they were done with glorious success. The filmic medium’s comic visual capabilities, the joys of clever gags and the wonders of truly making a work of art that appeals to everyone all came into sharp focus in a movie filled with mischievous, fuzzy, four-legged farm animals.

With follow-up A Shaun the Sheep Movie: Farmageddon, all of the above highlights make a return, albeit in a feature skewed ever so slightly to a younger audience. Aardman Animation’s general premise retains its all-ages appeal, but one inclusion screams toddler: the film’s extra-terrestrial new arrival. A floppy-eared alien child who lands her UFO near the British town of Mossingham that Farmer John, watchdog Bitzer, flock leader Shaun and the rest of the sheep all call home, Lu-La drives the movie’s narrative. She’s cute and cuddly, but also visually simplistic and soft in the way that Teletubbies and other characters for preschoolers are — and it’s easy to see the corresponding merchandising opportunities.

Crashing in the woods outside Mossy Bottom Farm, Lu-La is swiftly interrupting Shaun’s pizza order, wreaking havoc around the property and attracting broader attention. The sheep respond by helping the blue-hued critter, who just wants to head home but can’t find her ship. Farmer John reacts to the excitement by turning a paddock into a UFO theme park called Farmageddon, and charging sightseers for the privilege of its rough, homemade wares. And at the Ministry of Alien Detection, Agent Red is determined to track Lu-La down to prove something that she first discovered as a child: that aliens do indeed exist.

Lu-la always looks as if she could wander out of the movie and into a basket of toys — albeit while appearing less detailed and tactile than the film’s woolly creatures — but A Shaun the Sheep Movie: Farmageddon’s mood, tone and approach aren’t merely safe, cosy and gentle. Rather, this brand of family-friendly chaos is upbeat, energetic and gleefully offbeat. And breezy, too, although there’s no doubting that first-time feature directors Will Becher and Richard Phelan and their team have agonised over every painstakingly placed piece of clay. One of the impressive feats of both Shaun the Sheep films is how fluidly they both tumble by, especially with jokes arriving at mile-a-minute pace. Here, those gags turn idioms into literal sights and nod liberally to cinema history, all while maintaining a tale about acceptance, homecoming, the kindness of strangers and the importance of finding a place in the world. Among its filmic references is E.T. the Extra Terrestrial, obviously.

Sometimes overtly, sometimes subtly, 2001: A Space Odyssey, Alien, and the work of Charlie Chaplin and Buster Keaton are all part of the fabric of A Shaun the Sheep Movie: Farmageddon, too. So is a soundtrack that sweeps the story along, including a song by not typically family-oriented electronic duo the Chemical Brothers, because this franchise is particularly adept at working with a multitude of diverse influences. The nods specifically for adults never distract from the overall fun. The best jokes, such as a pizza flying through the air, frisbee-style, and being mistaken for a spaceship, transcend all audiences. That’s what all movies for children should do, but so few actually manage. It was evident the first time around, but add this franchise — and this sequel to a big-screen spin-off of a kids television show spun off from Aardman’s 1995 Wallace and Gromit short A Close Shave, no less — to the ranks of truly all-ages greats.