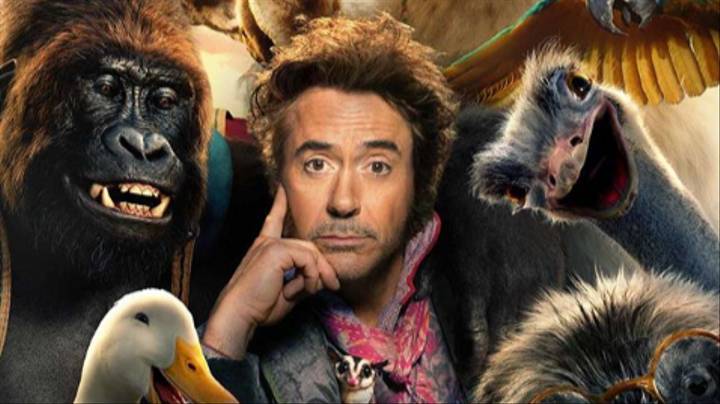 So many questions occurred to me whilst watching this live-action adaptation of British author Hugh Lofting’s beloved veterinarian who could communicate with animals.

Like, why didn’t they use its original title: The Voyage of Dr. Dolittle? What’s with Robert Downey Jr.’s bizarre accent? Why don’t the lip movements of the computer-generated creatures match their dialogue? And why have audiences never connected with cinematic depictions of this childhood hero?

The adventure begins as Dr. John Dolittle (Downey), still grieving after his beloved wife perished seven years earlier in a shipwreck, is barricaded in Dolittle Manor with his devoted menagerie.

After conferring with the octopus that dwells in a tank near her bed, Dolittle believes the Queen has been poisoned and the only antidote is the fruit of the mythical Eden tree.

Meanwhile, young Tommy Stubbins (Harry Collett), appears on Dolittle’s doorstep with an injured squirrel he accidentally wounded. Before long, Stubbins becomes Dolittle’s apprentice as they sail off on their quest.

Among the obstacles Dolittle must face are his former father-in-law King Rassouli (Antonio Banderas), a troubled tiger (Ralph Fiennes) and a fire-breathing dragon suffering from severe gastric distress.

Co-written and directed by Stephen Gaghan (Syriana), this production has encountered many difficulties, necessitating 21 days of reshoots following disastrous test screenings in which audiences failed to respond positively to the comedy and computer-generated elements – reportedly bloating the budget to $175 million.

On the Granger Movie Gauge of 1 to 10, Dolittle is a sweetly eccentric 6 – for family viewing.