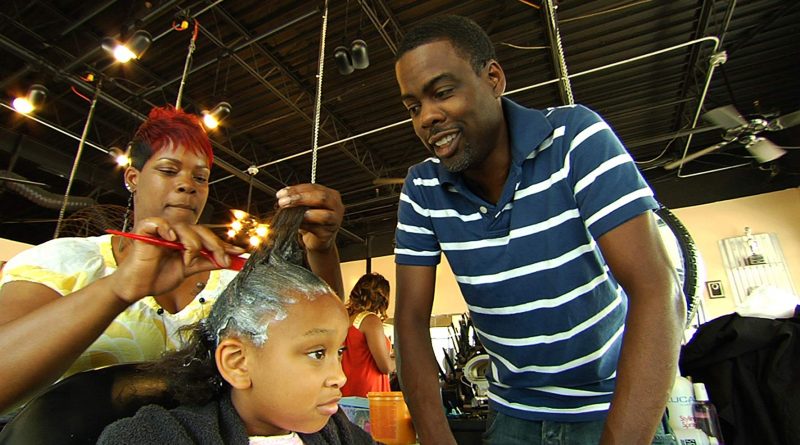 Filmmaker Justin Simien’s Bad Hair is weaving its way into current movie buzz with its premier at Sundance Film Festival 2019, so this is a good time to take another look at the roots of coiffeur-themed horror comedy genre: Chris Rock’s Good Hair, released in 2009. 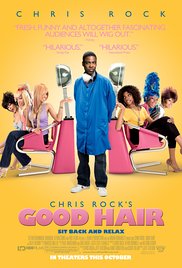 Comedian activist Rock was genuinely alarmed when he found his adorable six year old daughter, Lola, crying because she didn’t have ‘good hair.’ Concerned about his child’s happiness and self esteem, Rock investigated American’s — and, in particular, African-American women’s — attitudes towards their hair.

Basically, common cultural precepts define ‘good hair’ as straight, and that concept comes with tremendous social, political and economic impact. It not only sets standards for self-esteem, it also fuels a billion dollar multinational industry.

This documentary is Chris Rock’s good hair day, a celebration of women’s rights to feel beautiful in their own skin with their own hair. Good Hair, now available on DVD, is still very relevant. Continue reading on CINEMA CITIZEN