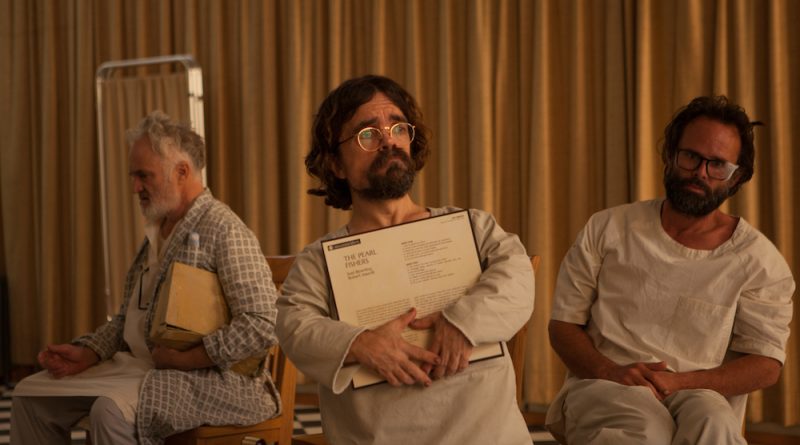 The long-shelved period drama “Three Christs” begins with that most dubious of cinematic phrases: “Based on actual events.”

The film is loosely drawn from Milton Rokeach’s controversial 1964 psychiatric case study “The Three Christs of Ypsilanti,” but you don’t have to do much research to realize that the movie has been embellished with many made-up plot machinations – including one big morbid twist that is totally made up – that mostly detract from the potentially fascinating story.

Directed by Jon Avnet (“Fried Green Tomatoes”), who co-wrote the script with Eric Nazarian, the film is set in 1959 and stars Richard Gere as psychiatrist Dr. Alan Stone, a respected researcher who has come to Michigan’s Ypsilanti State Hospital to get actual experience working with paranoid schizophrenics. Loathe to use such brutal techniques as electroshock therapy or heavy drugs, Stone believes that psychotherapy and compassion should be the cornerstones of psychiatric care.

Settling into his new post, Dr. Stone soon realizes the hospital is home to two delusional men who both believe they are Jesus Christ: Joseph Cassel (Peter Dinklage), an articulate opera lover who longs to move to England, and Clyde Benson (Bradley Whitford), a mumbling military veteran who compulsively takes multiple showers each day and frets over strange smells no one else can detect. Intrigued, Stone dispatches his faithful graduate assistant, Becky (Charlotte Hope) to find any other patients who believe they are Jesus in the state’s mental hospital system, and she tracks down Leon Gabor (Walton Goggins), a confrontational, game player who constantly questions Stone’s methods and lusts after Becky.

Stone develops a radical idea for treating the three men: Putting them in a ward together and leading them in group therapy sessions in the hopes that exposing them to others with the same delusion will help them break through their own. After all, they can’t all be Jesus, right?

“The Three Christs” is at its most compelling during these sessions, as the terrific actors play off each other, examining the mysteries of the mind and bringing such empathy and humanity to their mentally ill characters.

But the script veers off on a series of unfortunate tangents, including anemic attempts to delve into Stone’s home life, especially his marriage to Ruth (Julianna Margulies, doing her best with a woefully underdeveloped role), a bright chemistry professor and former graduate assistant to her husband who worries that her spouse is attracted to the pretty Becky.

And the movie spends way too much time pitting Stone against his conservative mentor Dr. Rogers (Stephen Root) and the hospital’s envious administrator Dr. Orbus (Kevin Pollack, in full underhanded snake mode), who are determined to curtail his brilliant, humane work. (It ends with a famous quote from Rokeach that “Though I had failed to cure the Three Christs of their God-like delusions, they cured me of fine,” but the film most ignores that the experiment was a failure, choosing to blame bad outcomes on outside interference.)

“The Three Christs” made its debut at the 2017 Toronto Film Festival, and it’s rarely a good sign when awards bait like this is left on the hook for this long. Indeed, the sort of, kind of fact-based drama has its interesting moments and strong performances, but it’s too dull and maudlin to aspire to divine greatness.