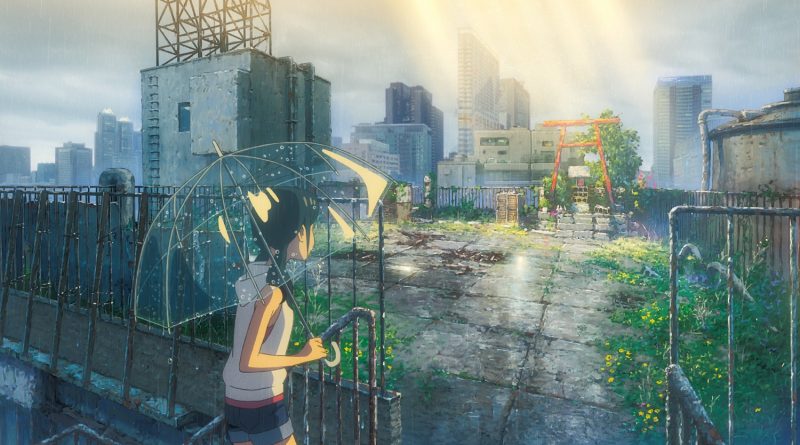 A 2019 Toronto International Film Festival premiere, it is the newest title from director Makoto Shinkai and producer Genki Kawamura, whose previous release, the body-swapping adolescent love story “Your Name,” set box office records in Japan and worldwide and has been tapped for a live-action English-language remake to be penned by Oscar-nominated Oklahoma native Eric Heisserer (“Arrival”).

The new film centers on Hodaka (voice of Kotaro Daigo in the original film and Brandon Engman in the English-dubbed version), a high-schooler who flees his remote island home to the big-city bustle of Tokyo. With his employment options limited and his funds even more so, he quickly finds himself desperately cold and hungry, until Hina (Nana Mori in Japanese and Ashley Boettcher in the dubbed film), a kindly teen clerk at McDonald’s slips him a free burger.

Tokyo is literally trapped under a dark cloud, stuck in an unnaturally long and rainy stretch of gloomy weather. At least Hodaka’s prospects get brighter when he is taken in by basement-level businessman Keisuke Suga (Shun Oguri in Japanese and C,hickasha-born Lee Pace in English), who gives the teen a job alongside his perky assistant Natsumi (Tsubasa Honda and Alison Brie) writing outlandish tabloid stories.

It’s on one their sensationalist assignments that Hodaka again encounters Hina, learning that she is a legendary sunshine girl, who has the strange supernatural power to make the rain stop and the sky clear.

Hina has been struggling to support herself and her little brother since their mother died, and Hodaka helps her hatch a plan to use her otherworldly abilities to make money, essentially letting people order up sunny days for special occasions like weddings and picnics for a nominal fee.

But they learn that there is a hidden cost to Hina’s powers about the time that the authorities come to take Hodaka back home and to put Hina and her brother in state care, forcing the adolescents to go on the run while they look for answers.

Although the plot and message become muddied by the end, “Weathering With You” captures the urgent passion of first love and youth rebellion, with gorgeous animation and vibrant music by Japanese rock band Radwimps.