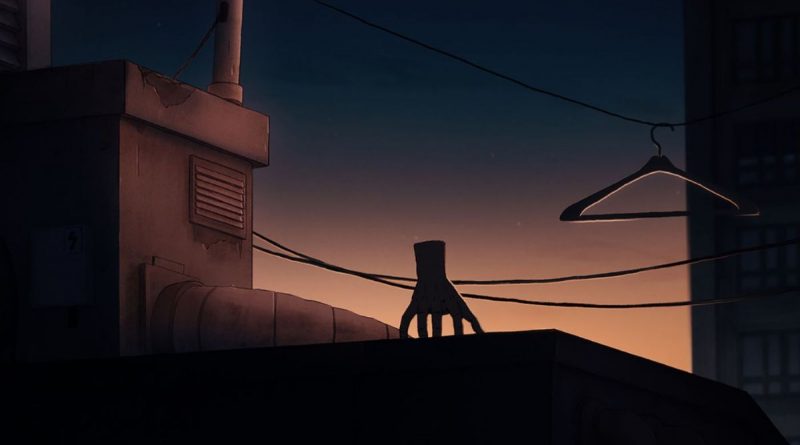 I Lost My Body follows an animated, severed hand across Paris

Into the increasingly diverse and strange world of animation comes the Academy Award nominated feature I Lost My Body. Faithful to the title, a severed hand, the central character, if you will, flees a Parisian laboratory, fighting to extract itself from a medical facility’s refrigerator, to find its missing body. Yes, that’s correct, in this unique nightmarish tale.

Director Jérémy Clapin co-authored the screenplay with Guillaume Laurant, celebrated for his Amélie screenplay. Adapting Laurant’s 2006 novel Happy Hand, he and Clapin throw caution to the wind as Naoufel’s right hand seeks to find him, traveling across a dangerous Paris. The hand encounters an aggressive pigeon, vulturous rats inhabiting the subway, a dog that grabs it, and a baby that it helps.

Explaining this tragic severance in Naoufel’s life, periodic flashbacks interrupt the hand’s adventures, early scenes in black and white with later ones segueing to color. Those scenes follow Naoufel, a bicycle deliveryman for Fast Pizza, who becomes enamored of Gabrielle. Cleverly, for the animation medium that relies so heavily on the quality and charm of voices, the attraction sparked by Gabrielle comes from Naoufel hearing her voice over the intercom as he tries to deliver a pizza to her thirty-fourth floor apartment, unable to get the main door to open. In order to be meet and be near her, whom he surreptitiously pursues, Naoufel secures an apprenticeship with her uncle Gigi who runs a woodmaking workshop. There’s little suspense over what will occur, and yet its presentation has impact.

The charm of animated films comes from the technical expertise on display combined with an engaging narrative. The animation here is not, in and of itself, extraordinary. The story, however, is as unusual as it sounds and just as riotously inventive. I can’t remember following a hand battling its way across the minefield of an urban environment in a morality tale that, at its essence, warns against dissembling and argues for honesty.

Along with its nominations as Best Animation Feature for this year’s Oscars, the daring and dazzling I Lost My Body won the Cannes Film Festival Critics’ Week Grand Prize, and AWFJ’s EDA Award for Best Animated Film (2019), among many other nominations and awards. In French with English subtitles.