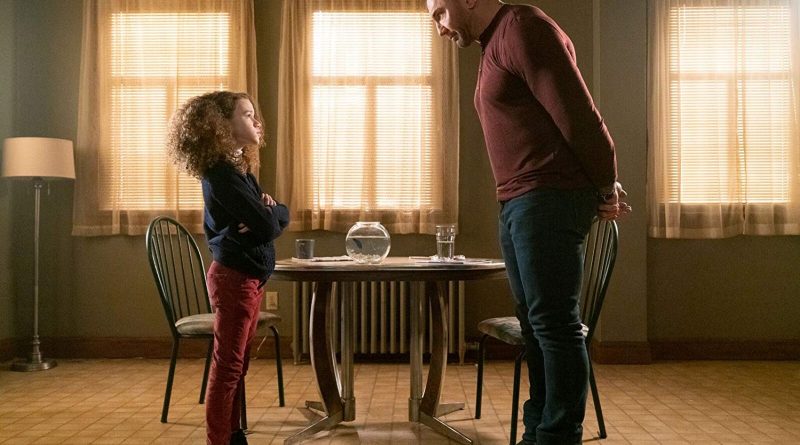 Pairing muscle-clad action stars with pint-sized offsiders has proven a persistent genre. In My Spy, Dave Bautista treads where almost every fellow on-screen tough guy before him has already stepped — Arnold Schwarzenegger, Hulk Hogan, Burt Reynolds, Vin Diesel, Ice Cube, Dwayne Johnson, Jackie Chan and John Cena, to name a few — and the result is as routine as it has ever been. This isn’t a concept fuelled by creativity or ingenuity, but by the easy pursuit of the family-friendly box office, which shows in movie after movie. Still, My Spy does boast something that the bulk of its predecessors lack: a standout performance, just not by its brawny leading man.

In his second odd-couple comedy in as many features, after the dull Stuber, Bautista faces off against Big Little Lies’ Chloe Coleman — and where the hulking star always seems as if he could be replaced by anyone else with the same physical description, the child actor brings a definite and noticeable spark to her role. Consider it a case of life imitating art, with the film following a seasoned CIA operative forced out of his high-stakes comfort zone to surveil the widow of an arms dealer and her nine-year-old daughter, only to find himself completely outclassed by the latter.

Bautista’s JJ is confident, cavalier and certain that any situation will go his way. Naturally, in My Spy’s opening sequence, the espionage agent’s cocky cowboy attitude turns an easy win into a massive multi-national mess. As punishment, he’s excluded from the substance of the cleanup operation and assigned to watching ER nurse Kate (Parisa Fitz-Henley) and her daughter Sophie (Coleman), new arrivals in Chicago. But it doesn’t take Sophie long to discover she’s being spied on, track down JJ and his partner Bobbi (Kristen Schaal) in a neighbouring apartment, and demand that she’s taught the tricks of their trade — or she’ll blow their cover, costing JJ what’s left of his career.

Cue a plethora of scenarios where Sophie first blackmails JJ into becoming her gateway to schoolyard popularity, then shows that she’s actually far more talented at the spying game than her big buddy. Every element of the narrative smacks of formula, with screenwriters Erich Hoeber and Jon Hoeber (The Meg) not only taking Kindergarten Cop, The Pacifier and company’s lead, but also Bumblebee’s, plus every buddy cop film’s as well. And yet, when Coleman is on screen, there’s a charm to watching this smart young girl flex her smarts. She holds up her side of the rapport with Bautista better than the grimacing action hero, although he’s at his best when he’s leaning into the duo’s growing bond rather than gruffly rebuffing it (or doing the same with Schaal’s needy wannabe field agent).

That said, one lively performance by a rising child star isn’t enough to salvage My Spy. Under Peter Segal’s direction, the film isn’t quite sure when to embrace its feel-good side and when to let its darker streak — globe-hopping violence and explosions, and even gags from JJ about dispatching with Sophie — take the spotlight. Tonal mixed bags have been the filmmaker’s remit across his career, from Tommy Boy and Anger Management through to Get Smart and Grudge Match, but My Spy struggles most when it gleefully tries to merge mismatching templates into one broad, by-the-numbers affair. If Sophie was watching, she’d see through it straight away. With this arriving so soon after John Cena’s dismal Playing with Fire, clearly Hollywood’s powers that be aren’t taking her lead.