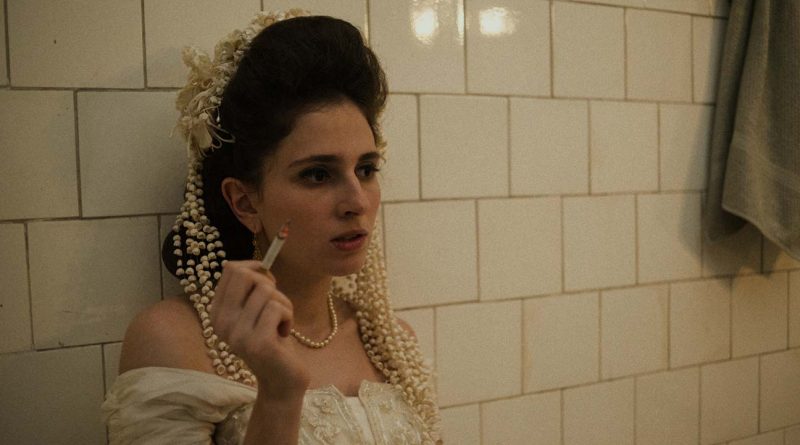 Best not confuse Terrence Malik’s stunning study of a conscientious objector with Karim Aïnouz’ study of two sisters. Mallik’s film is entitled A Hidden Life and Aïnouz’ is Invisible Life. Both detail life in the shadows, but the South American film wrenches in a different way, the way of sorority.

Two sisters, Euridice and Guida, seem inseparable — until they are separated. They grew up in Brazil, raised by conservative parents in the Fifties in Rio de Janeiro. Each has a dream: Euridice practices piano incessantly in order to become a world-class musician. Guida wants only to find her true love.

Guida runs off with a sailor and returns pregnant. Her embarrassed father tells her that her sister has gone to Europe to study the piano. He further tells their mother never to tell Euridice that Guida has returned.

Each sister steers her life with one hand on the wheel and the other with a pen. Each writes her sister, pleading for a response, but the only address each has is their father’s. Neither receives word one, but she does not give up. Sisterhood is powerful.

Aïnouz based his indelible film on a novel by Martha Batalha, and Julia Stockler and Carol Duarte bring the pining sisters to life in nearly every frame. Aïnouz also does not follow Puritanical strictures of American films about love and sex: he includes full frontal male nudity in all the right places in the plot.

Invisible Life is not perfect — it, like so many of this season’s offerings, is too long, for one thing, and its ending could land more solidly. Still, Invisible Life looks at two women, bound by blood.