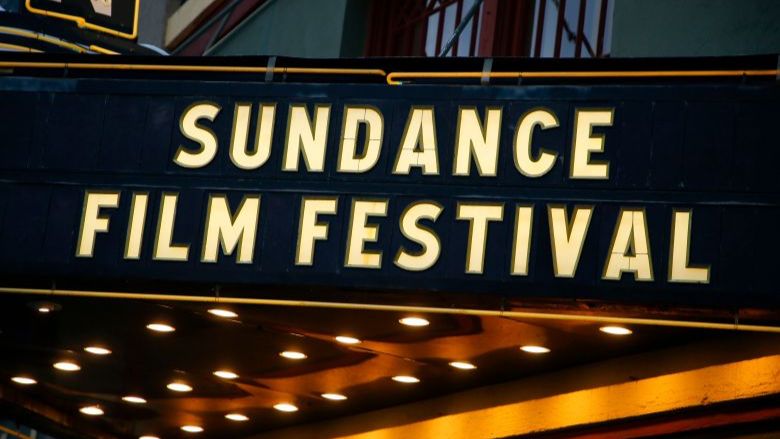 As many already know, and everyone should celebrate Sundance because the festival, though it still has a long way to go in terms of representing diverse female voices, is coming close to parity in their programming of films. Wouldn’t it be nice for other prominent film festivals like Cannes and Venice to follow suit. All they have to do is look at Sundance to see there are plenty of female-helmed and/or written films worthy of inclusion, and sometimes even awards, in their festival programs.

I saw only films directed by women this year, and my focus was on films from the Latinx community, as well as World films from diverse cultures, and African-American filmmakers. How absolutely delightful that I found nearly all of the movies I saw to be well-crafted, compelling, and unique, but a number of them were to be more widely celebrated because they’d gained distribution or won awards, or both. There were many big successes I missed since they weren’t directed by women, (Palm Springs, which sold for $17-million) but I’m happy the films I loved got some attention. It really proves that female filmmakers, when given a chance, bring worthy, valuable, new perspectives, whether creating content on their own, or in partnership with men who support parity and believe in and are not threatened by working with women.

Boys State, which is co-directed by Amanda McBaine, won the documentary US Grand Jury Prize. The movie is perfectly timed, as it examines the health of American democracy through the eyes of 17-year-old boys. All the same big ideas and dirty tricks are in evidence, but we get to see some youthful optimism expressed as well.

Writer/director Maïmouna Doucouré won the World Cinema Dramatic directing award for her film Cuties (Mignonnes), which was exceptional in every way, but also intermittently very uncomfortable to watch. A Parisian pre-teen who deals with the dysfunction in her Senegalese-Muslim family, trying to fit in, and the escalating curiosity about her own sexuality. She does so in ways that range from self-destructive to empowering.

Crip Camp, co-directed by Nicole Newnham and Jim LeBrecht, who himself attended the camp featured in the film, won the US Documentary audience award. I attended a screening through a ticket from a friend, and discovered this doc shows people who literally changed the world for people with disabilities. It blew my mind. Gratefully a lot more people will see it when it streams on Netflix this summer.

I will be writing more about I Carry You With Me for the MPAA site TheCredits.org. It is directed and co-written by award-winning filmmaker Heidi Ewing. It is a love story based on the experiences of two of her friends, in which an aspiring chef leaves Mexico and his lover to better their lives. It considers issues of immigration, homophobia, and some of the prejudice pervasive in the US. That film won both the Audience Award in the NEXT category, and the NEXT Innovator Prize. The film also found worldwide distribution through a partnership between Sony Pictures Classics and Sony’s Stage 6 Films.

A US Dramatic Special Jury Award for Neo-Realism went to writer/director Eliza Hittman’s film Never Rarely Sometimes Always, which is the first narrative film to tackle the issue of parental consent for abortion. I’ll be writing about the assistance they got from Planned Parenthood, which has been helping film and TV content creators with accuracy of portrayal and access to locations in which to shoot (they provided space at a Planned Parenthood for Never Rarely Sometimes Always).

Lastly, I’m most excited about my favorite film of the fest, The 40 Year Old Version, which stars the movie’s writer/director Radha Blank. Blank won the directing award in the US Dramatic category. The film was close to getting a great distribution deal at the end of the fest, which it deserves. Blank is destined for great things. She has been working towards success for many years as a playwright in New York. The film captures her experience of feeling discouraged by her career and turning to her long-dormant desire to be a rapper. Both hilarious and heartfelt, The 40 Year Old Version will ring true to many women reaching or past a certain age, as well as women of color who struggle with erasure regardless of what year they were born.

Two films I enjoyed didn’t win awards: Julie Taymor’s The Glorias, and Emerald Fennel’s Promising Young Woman. They are both crowd-pleasers in different ways, and will no doubt find enthusiastic fans when released in theaters. The Glorias hasn’t found distribution yet but no doubt will, and Promising Young Woman, which saw every screening sold out and created even more buzz after audiences experienced it, is being released on April 17th of this year.

One more film many people will appreciate, though enjoy is a bit of an odd word to use, is Liz Garbus’s Lost Girls, which is based on the real story of a Long Island serial killer who murdered sex workers, one of whom had a mother who tenaciously kept after the police department and detectives to work the case. As a documentarian, Garbus has won multiple Emmy and Peabody Awards, and is both Grammy and Oscar-nominated. In her feature debut, she proves she can bring great performances out of her cast and create great storytelling in the narrative form.

It is my hope that those who read this article will seek out these films and other female-directed films that weren’t on the Sundance roster, to support and amplify them. See them. Talk about them. Tweet about them. That’s the only way forward. Women are making great movies. We just need everyone else to celebrate their work.