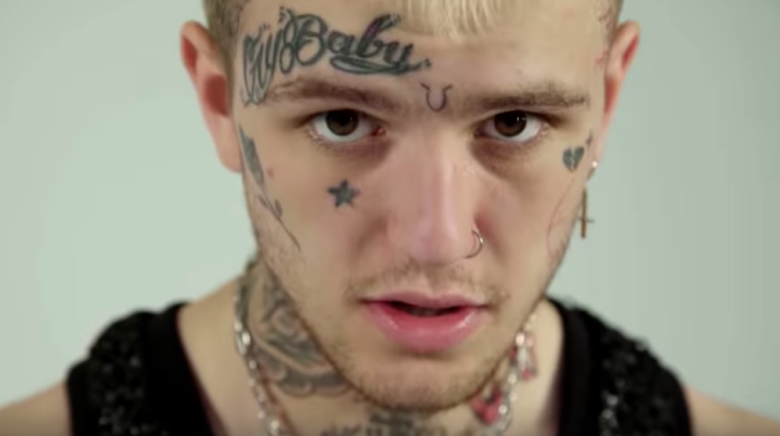 For those who know Lil Peep’s music and persona, the documentary Everybody’s Everything offers a bittersweet immersion in his charisma and his sensitivity, as well as his tragic circumstances. Avoiding formulaic biopic pitfalls, directors Sebastian Jones and Ramez Silyan find a fresh approach: an appealing, clear-headed entree to the heart and mind of Gustav (Gus) Åhr, aka Lil Peep.

Revelations unfold with intermittently inserted home movie footage of a young Gus intercut with concert scenes, candid backstage interaction, and contemporary interviews with his mother (who called him Peep, hence his name), grandfather, girlfriends, producers, and managers, plus a who’s who of collaborators, including Norsehead, Killstation, Juicy J, Bighead, and more. Their abiding, pronounced affection and admiration establish the person most fans might suspect but never get to see with such touching validation.

But the most important and poignant element is the voiceover of Gus’ grandfather, social activist John Womack, called Jack, reading his letters to Gus. Jack’s voice is heard early and periodically throughout the film, Jack reassuring Gus of his love, promising that he understands Gus’ fears, distress, and battles. Jack assures him things will get better, and that his grandfather is always there for him. As touching as it is heartbreaking, Jack’s cautions him that there are “people you can trust and people you can’t trust,” and that’s just the way it is. He reassures Gus that he knows though his father wounded him severely, his grandfather “sees pure gold in him.” Jack perceptively feels Lil Peep spiraling downward, in part motivated precisely by his inability to distance himself from hangers-on as well as friends riding Lil Peep’s coattails.

The film is generous in its inclusion of a broad spectrum of those who loved Lil Peep. It delights in Lil Peep’s astonishment when, in 2017, he sells out performances in Moscow, Berlin, and elsewhere, even as friends note the obvious toll intense pressure takes on a sensitive Lil Peep. In part, as Lil Peep writes, this stems from wanting to be, as the documentary’s title says, Everybody’s Everything, written one day before his last. Watching Lil Peep deliver his inimitable punk, emo and trap, his U Said, Crybaby, Witchblade, his tattoos underlining his individuality, the tragedy hits home, memorialized beautifully, underlining our loss. Be warned that the film contains a fair amount of harsh language.