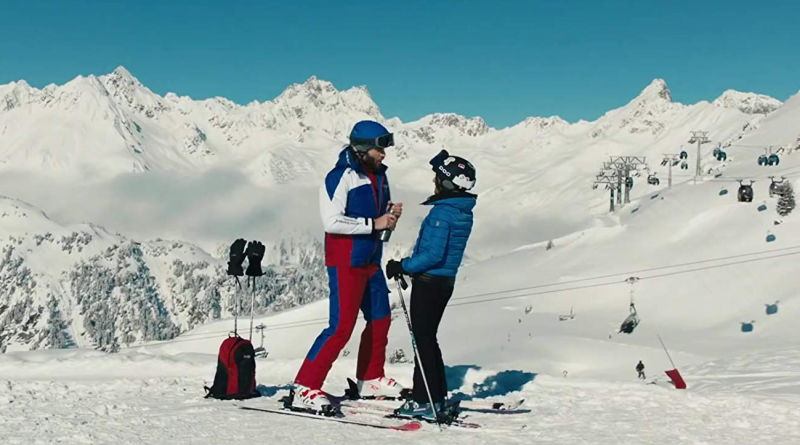 Too often Hollywood convinces itself that an impressive foreign film should be remade, the potential financial gain so irresistible. Unfortunately, the remakes usually pale by comparison for many reasons: social context differences or the U.S. version fails to capture the vivid essence of the original. Sadly, that is the blunder writ large for Downhill, a disastrous reboot of Force Majeure.

That complex 2014 film by Swedish writer/director Ruben Östland brilliantly probed the male psyche, family interaction, and emotional trauma with the addition of a resort worker who, as our surrogate, observes events with bemused disdain. After researching several studies that contradict the idea that women and children are protected first in disasters, Östland delved into that psychology, concluding his film with a perplexing ,enigmatic ending. His title, Force Majeure, comes from the Latin phrase, common in legal contracts, absolving parties of responsibility because of events beyond their control, despite those affected refusing to acknowledge their failures.

All of these sophistical, intricate elements are gone from the clueless, sophomoric Downhill, directed and co-written by Nat Faxon and Jim Rash. Their past experiences with comic fare have transformed a solid, provocative study of individuals under extreme duress into a silly, shallow film. The absurdity begins with the total miscasting of two otherwise immensely talented actors, Will Ferrell and Julia Louis-Dreyfus, as husband Pete and wife Billie. On a ski vacation in the Austrian Alps, the couple must confront Pete’s panic and flight when an avalanche threatens them and their two boys as they sit eating lunch on a chalet veranda.

Pete’s initial avoidance and then denial of his action precipitates what should be a poignant confrontation, played inanely here for forced laughs devoid of thoughtful comprehension. The lame screenplay, the two-dimensional characters, the boys who have no apparent personalities at all, and a ludicrous concierge make Downhill a heavy-handed, boring exercise, tone-deaf to human behavior. Seek out the spellbinding Force Majeure for perceptive understanding of personal and interpersonal conflict.