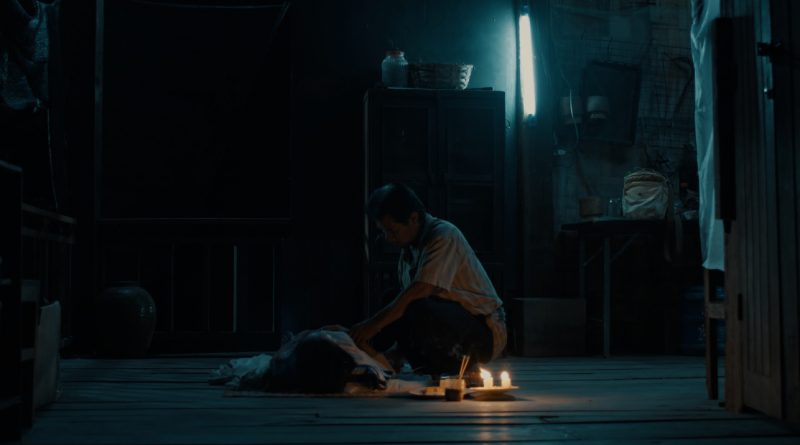 Premiering at the 2019 Venice Film Festival and recently screening at the Netherlands’ International Film Festival Rotterdam, The Long Walk – the third feature from Laos’ reigning queen of filmmaking Mattie Do – marks an impressive and significant step forward in her snowballing career and growing reputation as one of the finest and most original genre filmmakers in the world today.

With her previous film Dearest Sister nominated as Laos’ entry for the Oscars’ Best Foreign Language category, Do had already carved her name in the country’s cultural history books with first film ever submitted from the country to the Academy. With The Long Walk screening across a seemingly endless list of high-profile film festivals including the Toronto International Film Festival and the Busan International Film Festival in Korea, although receiving a warm reception on the genre film fest circuit where she made her name, Do’s capacity to make absorbing cinema that speaks to a much broader audience has now been solidified even further.

The film follows an unnamed middle-aged farmer played by Yannawoutthi Chanthalungsy who lives his life largely as a hermit. Haunted by the spirit of a woman he saw die in a car accident when he was young, she is doomed to haunt the road upon whose journey the film takes its title. Struggling to come to grips with memories of his late mother, the present bleeds into his reminiscences and forces him to confront who he is and what his life has meant.

Dominated by the haunting poetics of the ghost story, past, present and future collide in The Long Walk in myriad ways, most curiously in Do’s intriguing decision to incorporate low-key elements that verge on scifi to mark the films otherwise barely identifiable future scenarios as the film weaves back and forth through time.

Across her feature debut Chanthalay in 2012, Dearest Sister and The Long Walk, Do has an impressive track record of employing folkloric elements with a supernatural edge to explore what is now very much her thematic wheelhouse, marking her signature as an auteur as much as her distinctive low-key visual style and flair for eliciting authentic and compelling performances from her actors.

While a fascination with guilt, regret, memory and the bonds of memory (all seen through an unapologetically feminist lens) permeates her work, it is in The Long Walk that Mattie Do reveals the depths of her talent, the extent of her humanity and the potential to even further consolidate her status as one of the most important Asian filmmakers working today.