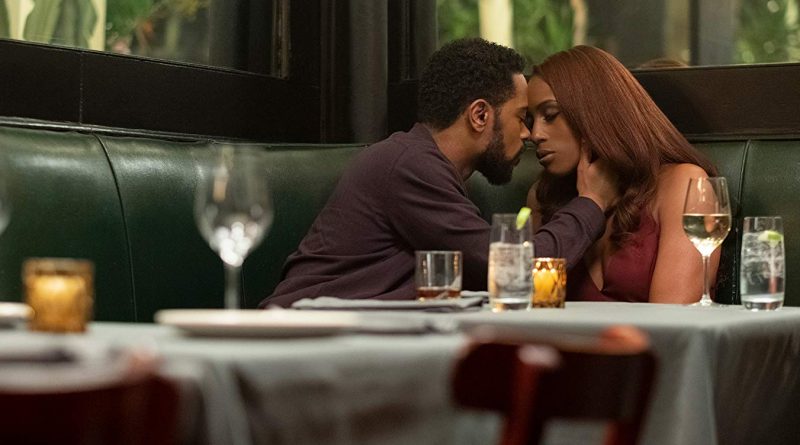 It’s a tall order to aspire to landing even close to the neighborhood of classic Black love stories in which Love Jones, Brown Sugar, and Love and Basketball reside, but that is what the film The Photograph aims for and achieves, thanks to writer/director Stella Meghie, her magnetic cast, and some impressive work by visual and musical collaborators. From its first moments, it’s like the movie, with its underlying romantic jazz score and winning co-leads, is calling the viewers into an intimate slow dance, maybe with Luther Vandross playing, that feels safe, sexy, and so satisfying you won’t want it to end. It’s the sort of movie rarely made anymore, yet here it is.

The Photograph is a multigenerational love story, but it encompasses and celebrates many different kinds of love. Renowned New York photographer Christina Eames (Chanté Adams) has died, and left a long letter to her grieving daughter Mae (Issa Rae), about her life and her love. During an interview, writer Michael Block (LaKeith Stanfield) sees a photograph at the home of Isaac Jefferson (Rob Morgan), who lives outside New Orleans, that captures his imagination. It is of and by Christina Eames. In learning more about the image, he is led to her daughter Mae, and sparks fly. We are then taken on a journey through both the dance of their courtship, which is colored with and potentially stalled by each of their challenged pasts, and the story of Mae’s mother, and how her own difficulties in accepting and giving love influenced the life she led, and the regrets she leaves behind.

Meghie said the idea for the film was inspired by the fact that her grandmother hadn’t seen one of her daughters for almost four decades. The longing at the center of Christina’s story is born out of Meghie considering what missing a living loved-one every day for years must be like. She delved into her own history with the matriarchy of her family, lending an authenticity to the plot and dialogue. She was also driven by the idea that there haven’t been nearly enough love stories centered on Black characters and Black love. She harkens back to Love Jones, a movie that shaped her, which she says she’s watched at least every six months since it came out. She has an appreciation and personal connection to the well-known love story, and it shows. Meghie was also careful to include characters from a variety of socio-economic backgrounds, making the story more universal, and allowing a wider audience to see themselves represented.

Speaking of representation, what a delight and relief to watch a film in which the crowd scenes, and nearly every extra populating the film, is a person of color. They are all moving through a world full of saturated color (created by director of photography Mark Schwartzbard), and enhanced with gorgeous costumes by Keri Langerman, and production design by Loren Weeks. Weeks was careful to create environments that captured both the feel of the 1980s, and today, when designing spaces in New York and New Orleans. Play close attention to the art curated for Mae’s apartment. There are some very famous artists of color represented. Also important to the way the story is told was finding up-and-coming photographer Jheyda McGarrell to create the photographs used in the film, though a main source of inspiration for their look was artist Carrie Mae Weems.

There are secret weapons Meghie most utilizes, though, in making the film undeniably romantic. The co-leads Rae and Stanfield have intense chemistry and are endlessly watchable, whether onscreen together or with other co-stars. The beautiful score by Robert Glasper offers a warm aural thread that leads the audience through Mae’s experiences reevaluating her relationship with her mother, and her blossoming relationship with Michael. In the tradition of Black love stories, the soundtrack is also exceptional. Beyond being well-chosen, the classic 80s songs create immediate atmosphere for Christina’s tale.

Though The Photograph centers on Black love in all its complexity and beauty, the film is a must-see for everyone. Regardless of race or gender, who doesn’t love a great love story well-told? It will leave you feeling like you felt at the end of the first date with a cherished lover. What could be better to capture the message of Valentine’s Day?