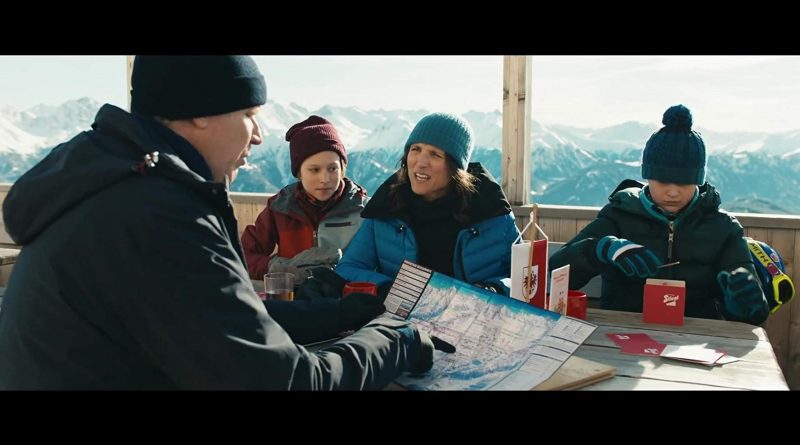 Affluent Americans Billie (Louis-Dreyfus) and Pete (Ferrell) Stanton are on an Austrian ski vacation with their two pre-adolescent sons. Enjoying a festive lunch outdoors on the deck of a mountainside restaurant, they hear a distant explosion as a terrifying cascade of snow heads toward them.

Obviously yearning for the carefree days of his youth, Pete seems to be obsessed with following his younger buddy Zach (Zach Woods) on Instagram as he cavorts through Europe with his girlfriend Rosie (Zoe Chan), posting enticing photos with hashtags like #NoAgenda and #LiveYourBestLife.

Exasperated and furious, Billie then spends solo time with Guglielmo (Giulio Berruti) an Italian ski instructor, a set-up provided by hedonistic Charlotte (Miranda Otto), a white spandex-clad resort employee who spends her winters having affairs with guests and her summers back home on the farm with her husband.

This is the first release since the Walt Disney Company bought 20th Century-Fox’s film and television assets in 2019 to feature the Searchlight Pictures logo without the Fox name.

On the Granger Movie Gauge of 1 to 10, Downhill descends to a frustrating 5, never delving into the essential undercurrents.