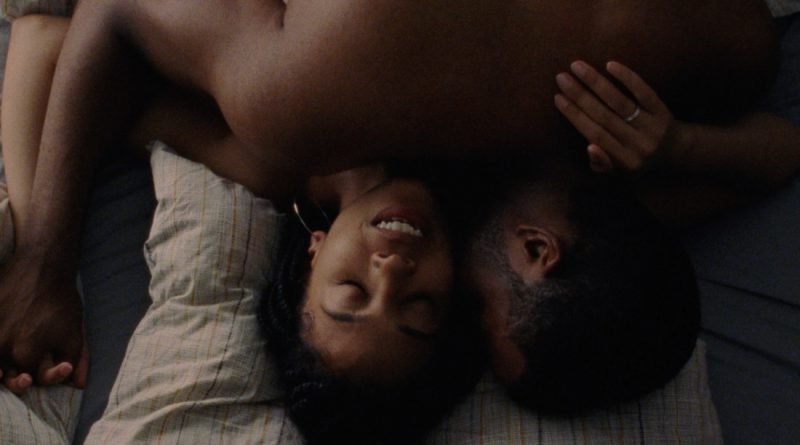 As a fan of writer-director Rashaad Ernesto Green’s impressive debut feature Gun Hill Road (2011) which featured a young Zora Howard in a supporting role, I looked forward to Premature which Green co-wrote with the now young-adult Howard and in which she has the starring role. It is, in every way, a breakout performance. Premature delivers a tender, raw, evocative story about young love and artistic aspirations that, because it centers on African-American characters, is too often missing from contemporary cinema.

Kudos to Howard and Green for keeping Premature’s focus on seventeen-year-old poet Ayanna (Howard) who’s spending her last summer in Harlem before heading off to college. While hanging and bantering with her friends, she meets Isaiah (Joshua Boone), a charming music producer who has just moved to the city. Bonding over their artistic dreams and talents as much as their sexual chemistry, they begin a passionate romance. But soon the highs of young love give way to jealousy, resentment and an unintended pregnancy that jeopardizes Ayanna’s future.

The film does not shy from the realities of this situation, rendering it with compelling realism and emotional heft, from the reaction of Ayanna’s friends to that of her single mother, beautifully played by Michelle Wilson. In just a couple of scenes, ordinary teen rebellion clashes with maternal exasperation and love so we get a rich and nuanced picture of the scope and breadth of the mother/daughter relationship.

Premature follows the love story formula but with a bracing. potent intimacy as Ayanna must confront the complexities of the adult world. Shot by newcomer Laura Valladao on 16mm, there’s a textured atmosphere to the neighborhood scenes in Harlem that ground the story in a place and community, all the more impressive because of the obvious limited budget.

The blend of heady young love and eroticism, and the demands of adulthood and all its trappings, evoke such classic films as the recent If Beale Street Could Talk to the underrated classics Love and Basketball and, before that, Claudine. Most of all, this film signals rising young talents Green and Howard who deserve praise for keeping this story fresh and real, blending romance, family drama and the importance of friends who make one laugh but who are also there when the chips start to fall.

EDITOR’S NOTE: Premature is AWFJ’s Movie of the Week for February 28, 2020