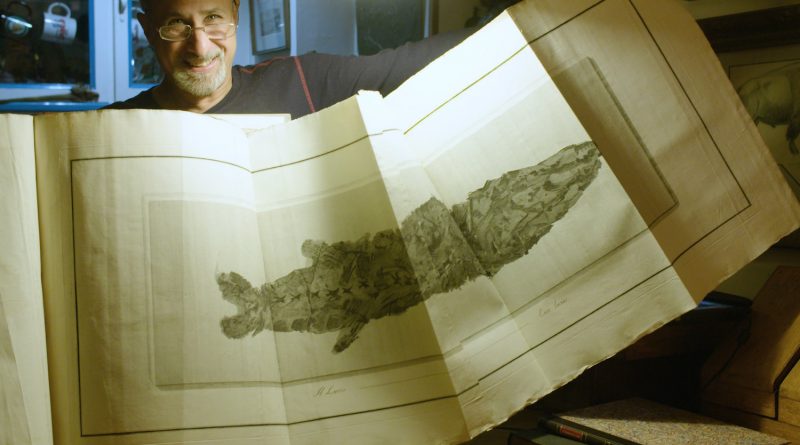 Just as doomsayers once declared that MTV would kill radio as a music-delivery platform [often to the tune of The Buggles’ Video Killed the Radio Star]—surprise: it didn’t—the 21st century ushered in a wave of Chicken Littles chirping that electronic media, especially kindles (now the default term for e-readers) would be the death of books.

Director/ producer/editor D.W Young’s documentary, The Booksellers, is dedicated to the proposition that reports of the death of print—especially books, but including magazines, pamphlets, posters, maps, journals and annotated photographic albums and stereopticon cards—have been greatly exaggerated. And I say at the outset, I completely agree.

I appreciate the virtues of the e-reader—given the choice between lugging a hardcover novel on a daily mass-transportation commute and a tucking a kindle in my purse, the kindle wins… also excellent for reading in bed when your partner needs to sleep. But books have a presence and pre-owned books come with a history, often visible in the form of notations, underlines and marks of use.

Young’s subjects—dealers in second-hand books, from reading copies of classics to antiquarian and special-interest titles—agree, and his camera reveals that they’re not all old white men with glasses, pipes and tweed suits. His subjects include second- and even third-generation booksellers and collectors, men and women, young and old and people of color, as well as collectors who focus on specific subjects or types of binding (including jeweled volumes that are literally glittering prizes, the product of a fad for having books re-covered and bedazzled by specialized craftsmen) and historical additions; there’s a specific market for books inscribed by the author to someone famous in his or her own right… say a Susan Sontag book inscribed to Dwight MacDonald (‘the benefactor’)—“…which I originally intended to dedicate to Buster Keaton.” Fran Lebowitz–whose acerbic voice is the olive in this dry martini–scoffs that that sort of thing “goes into the stamp collecting category.”

If, on the other hand, a book is inscribed to your auntie Sue, the volume becomes less valuable, except perhaps to people—I count myself among them—who are charmed to find evidence of a previous owner… assuming, of course, that it doesn’t mar the text. A pox on people who let their children scribble in books.

Some people may be inclined to see The Booksellers as a eulogy to a dying phenomenon, but many of the booksellers interviewed are less pessimistic, arguing that online, electronic media, “luxury” books and plain old second-hand books can all get along in the 21st century. And the documentary closes with visual proof that there are young people who like actual books, footage of men and women in their 20s on the NYC subway reading, yes, books.