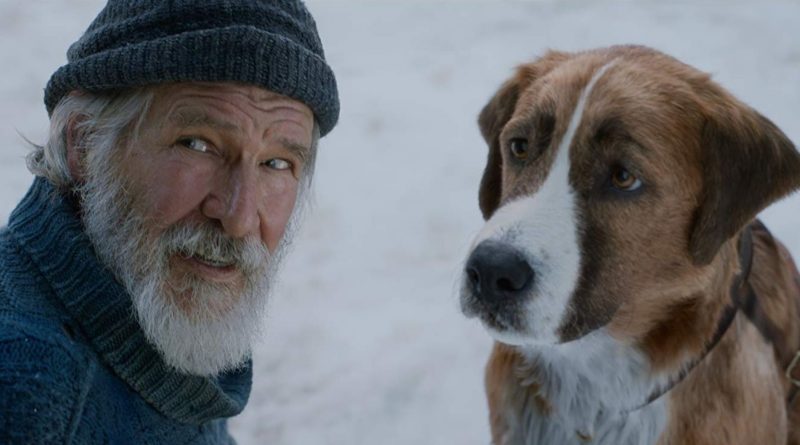 Dog stories have been on the movie menu since the early days of Rin Tin Tin and Lassie. But, back then, directors depended on multiple trained dogs. Now, there’s computer-generated motion-capture that further anthropomorphizes the animal.

Which means that Harrison Ford was playing each scene opposite movement coach-choreographer Terry Notary (formerly of Cirque du Soleil), directed by animation veteran Chis Sanders to react like an expressive cinematic canine – with digitation by MPC Montreal, renowned for special effects in “1917” and “The Jungle Book.”

Michael Green’s somewhat sanitized screenplay basically follows Jack London’s classic novel about big, lumbering Buck, described as a “Scotch shepherd,” who was dog-napped from his Santa Clara, California home and shipped off to Skagway, Alaska, “the gateway to the Yukon,” where the 1890s Klondike gold rush has created a serious demand for sled dogs.

Rambunctious Buck’s first arduous job is part of a team delivering mail, guided by French-Canadians (Omar Sy, Cara Gee), where he distinguishes himself by outrunning an avalanche.

Then he’s adopted by cranky, hard-drinking outdoorsman John Thornton (Ford), who takes him on an exciting trek into Alaska’s uncharted wilderness where Buck discovers his inner ‘spirit’ wolf. (Ford also serves as the growly narrator of Buck’s story.)

Inevitably, there’s a melodramatic villain, Hal (Dan Stevens), a ruthless gold-seeker with a bristling mustache and a streak of sadistic cruelty.

And it’s magnificently photographed by Janusz Kaminski, best known for his collaboration with Steven Spielberg on “Schindler’s List,” “Saving Private Ryan” and “Munich.”

FYI: Jack London’s “The Call of the Wild,” first published in 1903, has been adapted on film five times, not counting the “Peanuts” and anime. That includes the 1935 version with Clark Gable and Loretta Young, followed by Charlton Heston’s in 1972 and Rutger Hauer’s in 1997.

On the Granger Movie Gauge of 1 to 10, “The Call of the Wild” is a crowd-pleasing, resilient 7, a PG-rated, family-friendly adventure suited to children age eight and older.