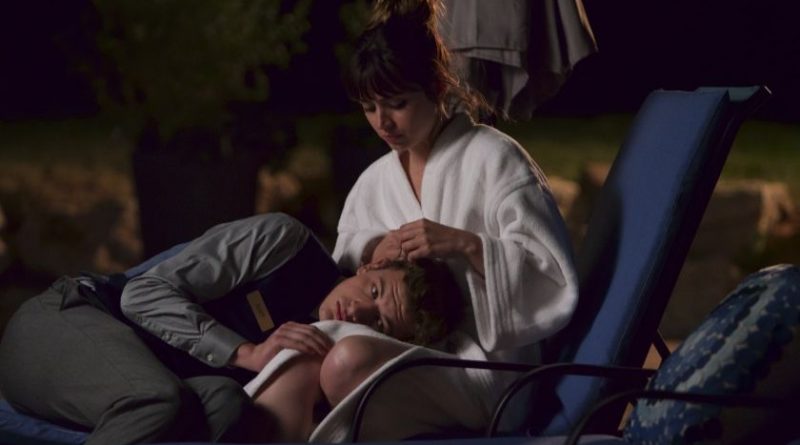 The next time you check into one of those boutique hotels, you might want to keep an eye on that lonely desk clerk. They might be spying on you like Tye Sheridan’s character does in director Michael Cristofer’s new psychological thriller, The Night Clerk.

In the movie, Sheridan (X-Men: Dark Phoenix and Ready Player One) plays Bart Bromley, a 23-year-old hotel clerk who suffers from Asperger’s syndrome. Bart is polite, yet socially awkward around people. He stumbles and mutters when explaining hotel procedures for the few customers that check in to the place. His compulsive behavior often has him fussing over the smallest things.

To help cope with his social disorder—at least in his mind–Bart wears a miniature camera under his tie which allows him to secretly spy on and record the interactions of the hotel guests. It’s not for prurient interest, but rather a desire for him to try and correct his behavior by listening to people talk. Bart memorizes even simple phrases like “How’s it going?” and “Have a nice evening.”

Clearly, Bart needs help because he even spies on his mother (Helen Hunt, The Miracle Season) from the basement of their home just so he’ll know when to pick up his dinner that she dutifully leaves out for him.

Bart’s life takes a sudden turn one night. While spying, away from work, he witnesses a woman (Jacque Gray, The Stray) murdered in her hotel room.

Bart arrives at the hotel and his strange actions make lead detective Johnny Espada (John Leguizamo, Playing with Fire and TV’s When They See Us) awfully suspicious about him, especially when he starts questioning Bart.

When Bart is sent to another hotel, he meets a gorgeous woman there named Andrea (Ana de Armas, No Time to Die and Knives Out). She surprisingly takes a keen interest in Bart. You soon wonder why and whether she’s somehow involved in the murder.

That answer comes rather slowly and not nearly with the element of surprise and pay off you’d expect from a movie with such a juicy premise to work from, not to mention a stellar cast.

With a little more added heat to the storyline and some further character development, The Night Clerk could have been a much more thrilling little thriller.