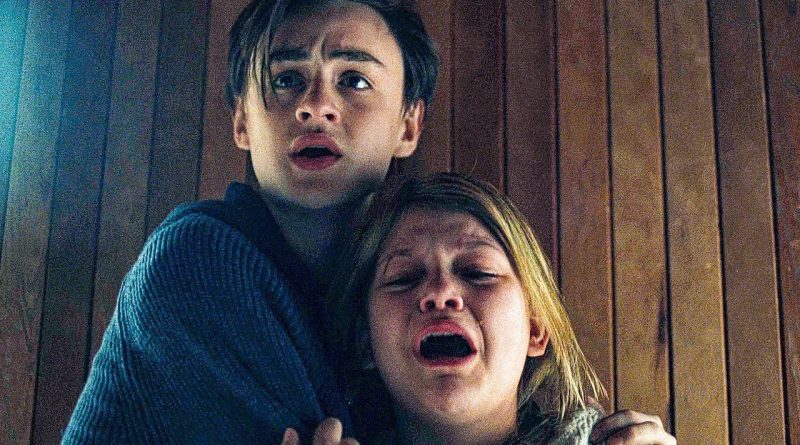 Most of the horror in The Lodge is rooted in two elements: faith and grief. Together these themes permeate everything within the film in a horror-drama reminiscent of Ari Aster’s work and the directing duo’s previous outing, Goodnight Mommy.

Young Mia (Lia McHugh) and Aiden (It’s Jaeden Martell, who adopted his mother’s maiden name after formerly being credited as Jaeden Lieberher) are grieving the sudden loss of their mother (Alicia Silverstone) when their dad (Richard Armitage) insists on a holiday getaway to a remote lakeside lodge in December with his new, really, really young girlfriend (Riley Keough). Seeing it as a bonding experience between his new flame and his kids, Richard leaves Grace and the kids alone for a few days, promising to return for Christmas. Soon, unexplainable events start occurring; Gone are the Christmas decorations and personal belongings as a blizzard bears down on the lodgers, cutting them off from the outside world. As unsettling events continue and Grace’s past as the sole survivor of a suicide cult (no, really) become intertwined through the isolation.

The film, which first bowed at Sundance in 2019, moves at a glacial pace for the first hour before ratcheting up the intensity. Even at its peak however, this is still a slow burn, playing psychological games on its subjects and viewers. Continue reading…