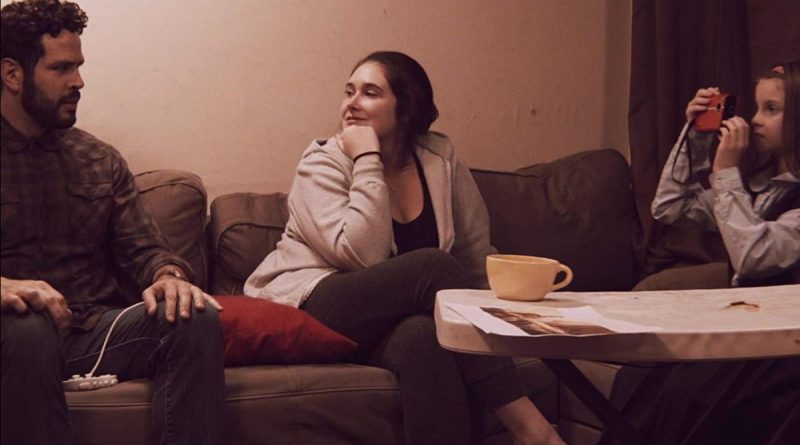 There is plenty of rich material in this modest, wryly humorous, very human drama about the pain families can inflict and the bumpy road to healing. Despite the weighty material, writer/director Kenneth R. Frank wisely doesn’t go in or melodrama but instead delivers a gentle, earnest, relatable story with characters that are easy to root for.

Family Obligations opens with Peter Steele (Chris Mollica) alone in his apartment silently getting dressed for what we soon lean is his father’s funeral. Only a handful of mourners are in attendance and no one seems to know Peter. When he rises to give the eulogy, he can’t come up with anything to say. Later, he awkwardly accepts the urn that contains his father’s remains.

Over the next day or so, we learn Peter was long estranged from his dad, an alcoholic who died when he crashed his car into a tree while drunk. Peter’s detachment, and the comfort with it that he’s come to accept, is as believable as it is poignant. He’s gotten on with his life, living nearby in Queens, but as an only child he’s now faced with settling his father’s affairs, selling his house and disposing of his belongings.

Peter is surprised when he learns that his father was accompanying Peter’s uncle Frank (Frank Failla) to treatments for leukemia. Peter begins a tentative relationship with the irascible uncle whom he hasn’t seen in years. Frank also lives alone, in the same nondescript apartment building as single mother Melanie (Chandler Rosenthal) whose easy going friendliness and warm relationship with her seven-year old daughter Mia (Eleanor Brandle-Frank) disarms and intrigues the reserved Peter, whose own mother died when he was a boy.

The two begin a tentative friendship; as predictable as it sounds, the likable Rosenthal and Mollica create genuine chemistry as two guarded people slowly find connection. Melanie isn’t desperate for love, though. In an engaging scene on a pier overlooking the beach where Frank insists they all go for an afternoon, she advises Peter to stop trying to suddenly force family bonds just because he’s now eager to establish them.

The film’s original soundtrack by singer/songwriter/composer Benjamin Morse compliments the earned emotional tugs of Family Obligations. The film’s emotional payoffs are more satisfying for being low key and lived in, much like ordinary lives.