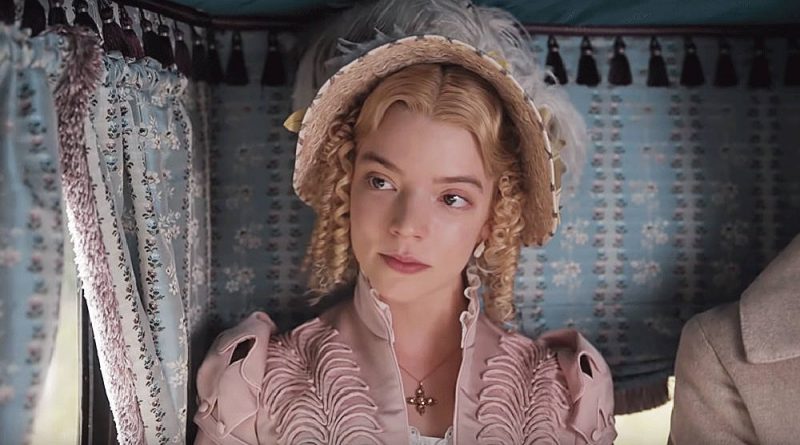 The most recent incarnation of Emma, Jane Austen’s comic novel of class, pales prettily in comparison with earlier versions. The pastels of parlors and pallors in this production color over anything sharp and bright in Austen’s novel. The film is a period piece, the period being the early 19th century.

It is well appointed; however, it is not distinguished — not in plot, not in script, not in cast. It is limp, a pink far from red. The film’s story is wanly Jane Austen’s, which, arguably, is Austen’s flimsiest anyway.

Emma Woodhouse, a pretty, 21-year-old frog in a small country pond, likes to play match-maker because she does not have Instagram or, even, television. She takes under her wing young Harriet Smith, beneath her in class and education with only the simplest of desires for a husband.

Plenty of young men float around the neighborhood, one even smitten with Emma. But our heroine just may not marry. She turns her energy to caring for her father; to tolerating her neighbors, the Bateses; and to being, by turns, arrogant and petty and supremely un-self-aware.

Anya Taylor-Joy takes the role of Emma, her hair in false ringlets and her cool, pink fanny exposed to the hot, red fire. Bill Nighy plays a shadowy role as the timid, draft-dodging patriarch. Mia Goth manages Harriet, confused by Emma’s attention. Josh O’Connor is Mr. Elton, the priest; and Callum Turner is Frank Churchill, the suitor. The best supporting actor is Miranda Hart as Miss Bates; Hart manages to balance Miss Bates’ annoying ways with sympathy for her.

Directed by Autumn de Wilde, the film measures high in production values, sweetly designed by Dave Quinn with set decoration by Stella Fox and costumes by confectioner Alexandra Byrne. Indeed, Christopher Blauvelt’s cinematography could serve well as publicity for Wilton House in all its manorial glory.

Emma may satisfy Janeites — or they may hate it as veering too far from the Austen gospel. Anglophiles may get their dose of the olde motherland, and fans of haberdashery will get their fill of ruffles and bonnets. Just don’t look for depth or incision in this movie version of Emma.