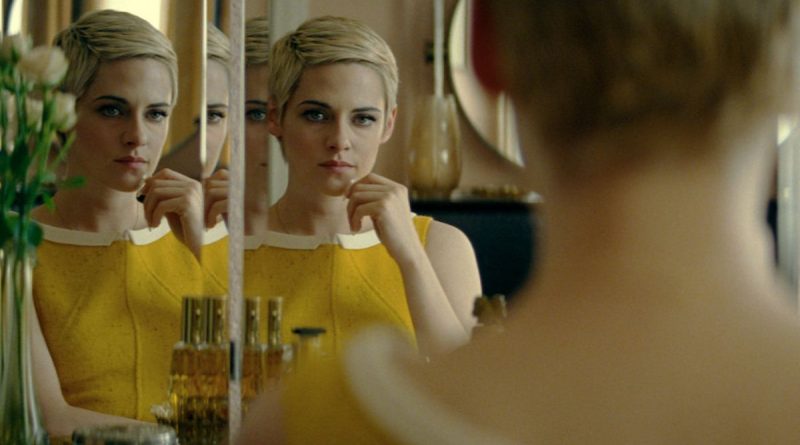 Inspired by the life of French New Wave star Jean Seberg, best known for Jean-Luc Godard’s “Breathless,” this is a tepid political thriller, set in the late 1960s when she was targeted by J. Edgar Hoover’s FBI because of her romantic involvement with civil rights activist Hakim Jamal.

Born in Marshalltown, Iowa, in 1938, Jean Seberg (Kristen Stewart) rose to stardom in 1957, when director Otto Preminger literally set her on fire while making “Saint Joan.”

Instead, they focus on 1968-1971, when she left her husband, novelist Romain Gary (Yvan Attal), in Paris and met seductive Hakim Jamal (Anthony Mackie), a cousin of Malcom X, on a transatlantic flight.

When they disembark in Los Angeles, impulsive Seberg joins Jamal in giving the Black Power salute to the assembled press corps. Obviously smitten, she takes to heart his assertion: “If you can change one mind, you can change the world.”

Seberg passionately supports radical Jamal financially and emotionally, much to distress of his wife, Dorothy (Zazie Beetz), who refers to her as “a tourist” in the social justice movement.

Determined to embarrass Seberg when she became pregnant by Mexican student Carlos Navarra, the FBI planted a gossip column rumor that a Black Panther was the father. Two days later, when her baby died, Seberg asks for an open casket so mourners could verify that the infant was Caucasian.

Victimized Jean Seberg died of an apparent suicide in 1979 at age 40.

While Kristen Stewart delivers a solid simulation of androgynous Seberg, complete with cropped blonde pixie cut, her twitchy, persecuted performance is undermined by the stumbling superficiality of the script.

On the Granger Movie Gauge of 1 to 10, “Seberg” is a fervent, yet fictionalized 5. Lacking insight, it becomes banal.