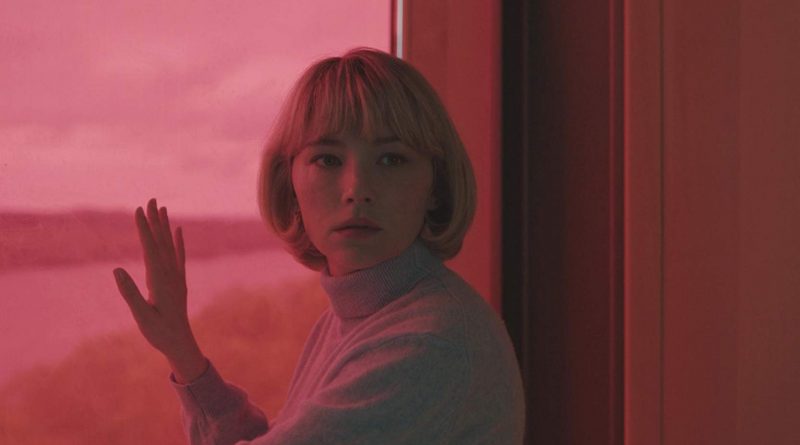 Swallow is based on a provocative premise, but tonally it feels all over the place. The story and characters are not always as fully developed as one would hope and sometimes lack the necessary dimension to be credible and engaging. Hunter is a pivotal character, yet she comes across like an unintentional throwback to another era. Why would a housewife in 2020 indulge in such a cardboard fantasy existence as a stay-at-home wife modeled on women in the 1950s whose only goal is to please her husband? It seems glaringly inconsistent with today’s gender dynamics. Yet, maybe that’s the point, and what appears incongruent at first glance suggests something more sinister lurking behind Hunter’s polished, neatly coiffed, and inscrutable facade. It would also explain her compulsive behavior such as swallowing ice cubes at the dinner table. Indeed, a deeply rooted and oppressive patriarchy that continues to exist in an otherwise modern era is infuriating and hard to swallow.

Denis O’Hare, Luna Lauren Velez and Laith Nakli round out the cast. All the actors do their best with what they have to work with, which sometimes means contending with inadequate characterizations, cringe-worthy dialogue, and inconsistent style and direction. That said, Mirabella-Davis’s feature debut is an ambitious first feature and features gorgeous work by DP Katelin Arizmendi and an anxiety-inducing score by composer Nathan Halpern.