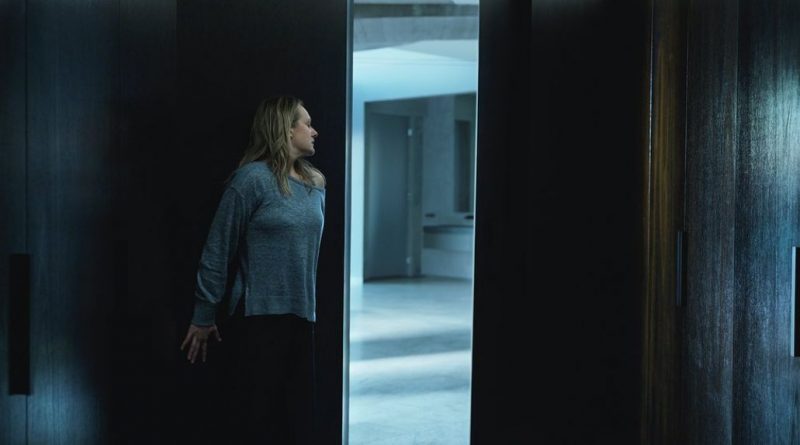 The smartest move made by writer/director Leigh Whannell (“Saw,” “Insidious”) was hiring Elisabeth Moss to play the protagonist in his contemporary re-imaging of H.G. Wells’ 1897 horror classic.

After suffering years of abuse, budding architect Cecilia Kass (Moss) has carefully planned her escape from the shadowy seaside mansion that belongs to her billionaire boy-friend, Adrian (Oliver Jackson-Cohen), an optics scientist.

Eluding the electronic surveillance and security systems, Cecilia slips out to grab a ride to San Francisco with her sister Emily (Harriet Dyer), who stashes her at the home of longtime friend/policeman, James (Aldis Hodge), and his college-bound daughter, Sydney (Storm Reid).

Terrified that she’s still being shadowed by Adrian, Cecilia is stunned when his sleazy brother (Michael Dorman) informs her that not only has Adrian committed suicide but he’s also left her $5 million in his Will.

But as her possessions mysteriously disappear and a kitchen fire erupts, neither the assurance of Adrian’s death nor the deposit of his money in her bank account can convince increasingly distraught Cecilia that Adrian is no longer around.

Indeed, at the risk of being declared insane, she’s firmly convinced he’s still stalking her and fully capable of wreaking havoc in her life. An atmosphere of dread prevails.

But Benjamin Wallfisch’s score is so loud that it becomes a distraction, rather than an enhancement.

On the Granger Movie Gauge of 1 to 10, “The Invisible Man” is a scary 7, placing an updated feminist spin on the unnervingly real mystery/horror concept.