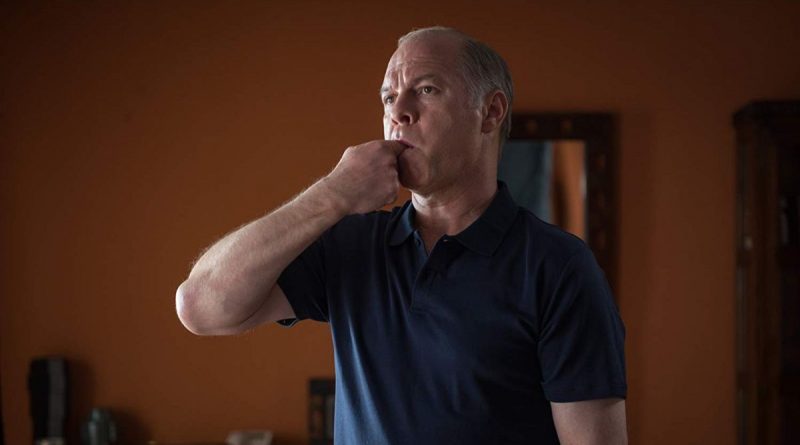 I’m all for whistling while you work, but Romanian New Wave writer/director Corneliu Porumboiu takes it to a whole new level in his new release The Whistlers. It’s a heist flick loosely centered on crooks learning an ancient whistling language in order to break a drug dealer and money launderer named Zsolt out of prison. Zsolt has 30 million Euros stashed somewhere, and everyone wants a piece of it. It’s a very convoluted story full of betrayals, treachery, and ultimately, full of confusion.

Police inspector Christi (Vlad Ivanov) is under surveillance for potentially being a dirty cop. Enter the gorgeous, mysterious Gilda (Catrinel Marlon) who wants to recruit him in a complicated scheme to free a sketchy businessman who stole millions. During an early meeting at his apartment, we see her having sex with him in order to trick those watching via planted cameras into thinking she is a high-priced sex worker.

Off they go to the Canary Islands, where we see Christi (briefly) training his mouth and brain to communicate in El SIlbo, a very complicated whistling language. Such strength of breath and lung capacity does he need, that his tutors require him to swim in the ocean to build his endurance and core strength. His partners in crime are also threatening him on a regular basis. The story takes lots of turns and twists, some of which include a female detective on the take who seems to want Christi killed.

There are ample amounts of style and edge to The Whistlers. There is also an intentionally convoluted plot that often leaves the viewers scratching their heads, and because there is nearly no character development, there’s no real incentive to catch up with what’s happening. Chapter headings with names of various characters must be meant ironically, since we never learn a damn thing about any of them, including their motivation or why they make any of the choices they make in the film.

One of the major, and decidedly clever concepts behind the film, that of this secret language and its powers, feels like an afterthought. In the case of this heist, it is largely to avoid detection, but in a movie that has little expository dialogue or meaningful interactions between the cast, the language could have been leveraged to expose the viewers to aspects of story and character not shown any other way. It is a lost opportunity. Regardless of the stylized and hip visuals, there’s not enough to feel connected to for anyone to care about the arc and the outcome of this labyrinthine plot.

Porumboiu is considered one of a trio of filmmakers that are the symbolic fathers of Romanian New Wave. That genre is constructed from referencing recent Romanian history and communist ideology, irony and black humor, a complete lack of moral judgement as it relates to the characters presented, and a visual aesthetic born out of limited funds. Only black humor and a lack of moral judgement make it into The Whistlers. I fear context is lost in trading the other elements for what Porumboiu would deem as a more populist, entertaining offering. Perhaps the whistling is an absurdist metaphor for sending largely incoherent cinematic language out into the cultural wilderness. If The Whistlers is about our struggle and frequent failure to communicate, the message gets lost in translation.