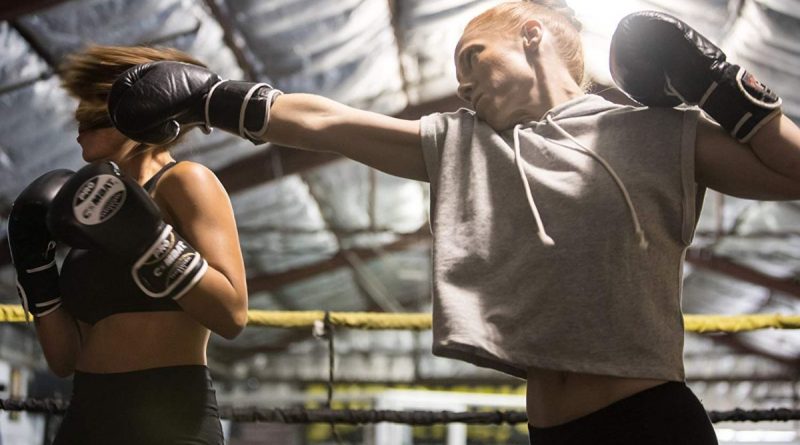 It follows, therefore, that more is often less — especially when more is just too much.

That description definitely applies to Rag Doll, a determinedly gritty tale of a down-but-not-out young woman trying to fight her way through life’s endless beat-downs.

We all know that conflict is the key to gripping drama. But Rag Doll piles so many problems onto the slender shoulders of its title character that the drama too often degenerates into eye-rolling melodrama.

How often? Let us count the ways.

When we first meet Nora (fragile yet feisty Shannon Murray), an aspiring mixed martial arts fighter, she’s jogging through a potentially ominous landscape. It’s the first of Rag Doll’s multiple bait-and-switch twists, none of which are remotely as clever as screenwriter Darren Longley and director Bailey Kobe seem to think they are.

She arrives home to check in with her tart-tongued mother (sassy Stephanie Erb), who’s battling breast cancer — and tossing off gallows-humor quips — with mordant bravado.

Next, she visits the pharmacy to pick up her mom’s expensive meds — and she endures an embarrassing confrontation when she can’t pay for the prescription, only to be rescued by a gallant, if off-kilter, bystander (an overly mannered Dante Basco).

Then it’s off to her job as a motel maid, where her hostile co-workers suspect — correctly — that she’s supplementing her income with more lucrative, if less legal, guest services.

Later, at the gym, she mixes it up with her far more advanced sparring partner (Roxana Sanchez) and endures the tough-love tutelage of her coach (Dot-Marie Jones).

A poster for a $100,000 “Last Woman Standing” competition tells you exactly where Rag Doll is heading — just in case you haven’t already guessed.

Longley’s script introduces a host of potentially engaging characters — and potentially compelling themes — but never bothers to develop them.

Even more maddeningly, he and director Kobe — a fan of slow-motion and other flashy visual elements — never notice that their “gotcha!” plot twists often contradict previously established story points.

Worse, they undercut Rag Doll‘s impact — especially in the climactic bout, as Nora battles to defeat her demons. Not that the outcome’s ever in doubt.