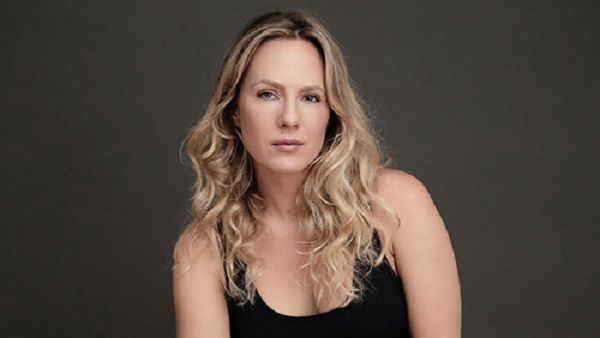 Canadian/Czechoslovakian actress Andrea Stefancikova’s budding career got a big boost when Promiseland, her first performance in a leading role, was selected to screen at the Whistler Film Festival in 2019; the first martial arts action film to ever screen at the fest. Additionally, Stefancikova was selected as one of the festival’s Stars to Watch, a prestigious honor awarded by a committee of industry professionals. It’s a spotlight that elevates careers and previous honourees include Cara Gee, Julia Sarah Stone, Michael Eklund, Sara Canning and Camille Sullivan among others. 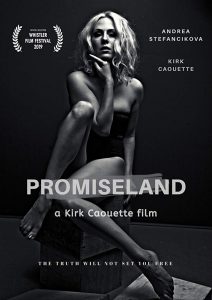 Ever humble, when asked about the honour Stefancikova is flustered “I cried for like two days I think. It’s a kind of validation on the commitment and the work that you’ve put in.” And work she did.

Fully shot in Vancouver, Promiseland stars Stefancikova as Velvet, a prostitute with a troubled past who finds herself involved in a relationship with Victor, a solitary vigilante who is drawn to the young woman. Stefancikova wasn’t even on the list of possible leads for writer/director Kirk Caouette’s sophomore film.

“I was introduced to Kirk on the street by a mutual film friend. Over coffee he [Kirk] mentioned that he was casting a movie that he wrote and that he was seeing actresses but hadn’t really found anyone so he asked me to try out.” She was sent a scene and asked to provide a bio of Velvet. “This biography was supposed to be two or three pages but I wrote all night.” She developed an entire life story for Velvet, looking into her own past for inspiration. “I ran away when I was younger and I did see a lot of things. I started thinking about how those experiences could have played out differently and how I could make it work so that Velvet is likable? I wanted to have a woman who has gone through traumatizing experiences like human trafficking, drug addiction, who may be living on the street… I wanted to have people sympathize with her and see her and realize that this life is a byproduct of her experience and that she’s just kind of trapped in it [prostitution] and that’s she’s really in her own jail.“

Her work paid off. Stefancikova submitted her bio and was called in to screen test with Caouette who also co-stars as the film’s anti-hero Victor. Though she was prepared, being cast was a new challenge. “I know we have this powerful, really broken but very powerful female character. I wanted to make her really authentic and relatable. It was really important to me that she wasn’t a victim. I wanted her to be a survivor or someone who frees herself.” 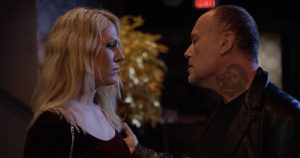 It would be easy to look at the premise of Promiseland and write it off as a typical action film about a misunderstood man, but Victor meets Velvet early on and almost immediately the film changes, becoming more of a two-fold redemption drama than a movie about a vigilante. Stefancikova felt the pressure of the role from early on and wanted to ensure that Velvet was more than a forgotten love interest for the lead. “I wanted women to take something away from the movie. I’m not saying that men are not important, they are, but I think that films are always more catered to men or we always see a lot more heroes that are men. And because she’s a prostitute as well… it’s a very fine line that I was walking.”

She more than succeeds. While Promiseland features a number of intense, jaw-dropping action sequences in which Caouette fully displays his physical prowess, the film is also a beautiful love story between two broken individuals but the emotional heavy lifting comes almost exclusively from Stefancikova whose emotions are always just below the surface. 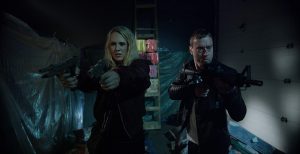 Cinematographer Pieter Stathis manages to capture both the action and tenderness with a great eye and Stefancikova recalls working with him and Caouette fondly. Both men treated her and Velvet with much respect and worked to support her vision of a woman fighting for self-redemption. “Sometimes we discovered the most beautiful and special moments right on set, just working together. Pieter was close the whole time, but I wasn’t really aware of him. Sometimes he would just roll for a long time and they would let me just kind of just be Velvet for a long time. Kirk was really open to ideas and exploration.”

Stefancikova’s performance is even more impressive when one considers that the film was shot over a period of four months on an on-and-off schedule that required her to go in and out of character constantly, something which started to take a toll on her mentally. “I saw a counsellor because I wanted to make sure I was completely separated from that world and wasn’t carrying too much of that baggage with me. At one point shortly after filming I saw my brother and he asked me I was OK and it was then that I realized that I hadn’t fully left Velvet behind yet. “

Promiseland is a bit of a cathartic moment for Stefancikova who has spoken very openly in the past few years about her brush with kidnapping, her uphill battle with recovery from drug and alcohol addiction, and how overcoming those obstacles have made her a stronger person.

While some actors with young careers would see Promiseland, a small, independently-produced Canadian action film, as simply a stepping stone in their career, Stefancikova tackled the project with an intensity and clarity that only comes from life experience and both her performance and the film itself are better for it.

On the chilly day in December when Stefancikova and I cozzied up together in a quiet hallway at the Whistler Conference Centre, she was buzzing with excitement. “I feel really empowered because there were more women than men in the audience today and some of them found me afterwards and said ‘We really liked your performance. I’m so proud of you and congratulations…’ I nearly fell apart. It’s a great community in Vancouver. There’s always so much going on and it’s so supportive and everyone is very friendly. There’s a sense that everyone is competing for attention and to get their projects made but there’s also a lot of comradery and love.”

While I don’t doubt that Hollywood North is indeed a place of friendship and support, I expect that much of what Stefancikova experiences is a result of what she puts out into the world. She’s a kindhearted individual who has poured her soul into her first major role and deserves to reap the benefits. I can’t wait to see her career develop over the coming years. A star to watch indeed.