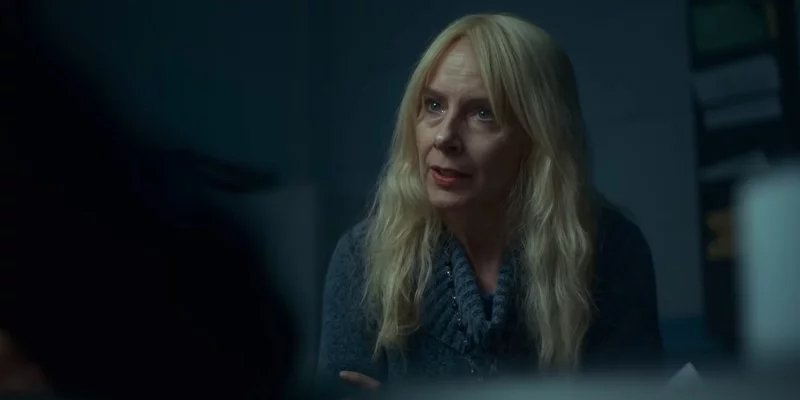 When investigative reporter Robert Kolker released his non-fiction book Lost Girls: An Unsolved American Story, it landed on the New York Times best-seller list and received critical acclaim, It’s no wonder that documentary filmmaker and 2-time Oscar nominee Liz Garbus chose this subject for her first narrative feature, Lost Girls. As someone who had delved deeply into a wide variety of challenging subjects in her previous work, she was uniquely qualified to take on this complicated story with the skill and sensitivity required. What makes the film stand out, however, is the stellar performances by the actors playing characters based on real-life people who were dealing day-to-day with real-life tragedies, and the often subtle choices Garbus makes as a director creating a film firmly planted in the female gaze.

This film is based on the true story of mother Mari Gilbert (Amy Ryan) whose tireless search for the truth about the disappearance of her daughter Shannon led to the discovery of a serial killer and his prey, all of whom were deposited all along the beachfront of a gated community in Long Island. That early on it was determined that Shannon was a sex worker, and had disappeared after a client liaison, made the cops involved in the case arguably less driven to find answers. Mari became a constant thorn in their sides, but the investigation continued to move slowly. It was only when an officer in the K-9 unit stopped on the side of the road to let his dog use nature’s facilities that they found four bodies, spaced evenly apart along the beach, barely even covered.

One of the things made subtly clear through both story and dialogue is the lack of concern, or sometimes even distain, for the victims. They were all sex workers using Craig’s List to connect with clients. You get the sense people in the gated community in which the bodies were found are silently asking themselves: ‘How stupid is that?’ They were using sex to survive. Also being asked: ‘Weren’t they just getting what they deserve, or at least what they might expect, given the risky nature of their business?’

Additionally, Mari Gilbert is not a clear-cut, morally pristine heroine. She benefited from Shannon’s money, no questions asked. The fact that she is working class, straight-talking, and is definitely seen as abrasive by those she is pushing in the police department, influences how she might be perceived by audiences. More silent judgments: ‘Why can’t she be nicer? More media-savvy? Why can’t she smile more?’ Never mind that her daughter has been missing and the department keeps finding dismembered bodies.

None of this is overtly spoken, but the way screenwriter Michael Werwie writes it, the actors portray it, and Garbus directs it, questions arise about the power of money to silence, the continued way women are perceived, and what makes them worthy of being listened to and valued, or not.

At a time when even a well-qualified, highly respectable woman was essentially erased from the Presidential election, Lost Girls speaks to the universal erasure and judgment of women, especially sex workers, and the working class. Those who’ve been challenged to find any way to survive don’t deserve to disappear and be forgotten.