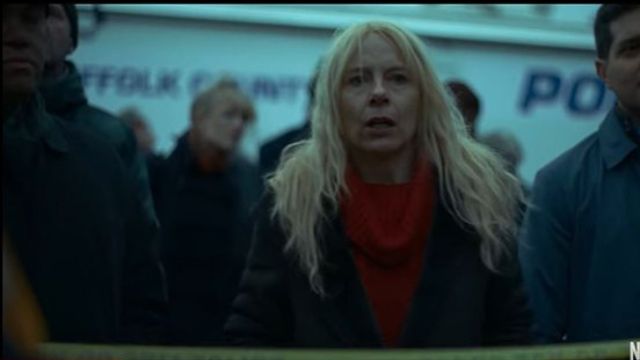 A frightened prostitute runs into dark night and seemingly disappears off the face of the earth, sending a frantic mother into a waking nightmare of official indifference in this tense, evocative drama, drawn from an actual case.

The police in the community in Long Island where Shannan Gilbert was last seen don’t want to waste much energy investigating the disappearance of a woman of her kind. They are not even much more interested when it becomes apparent that she is not the only escort go missing after visiting the town. But Shannan’s mother Mari (Amy Ryan) is not about to let Police Commissioner Richard Dormer (Gabriel Byrne) or Detective Dean Bostick (Dean Winters) drop the ball on her daughter’s case.

Academy Award-nominated documentary filmmaker Liz Garbus (What Happened, Miss Simone?) makes her fiction feature debut with an engrossing real crime drama that is character-driven rather than focused on solving the mystery of Shannan Gilbert’s disappearance, and it is certainly not a formulaic police procedural.

Instead, it is a warts-and-all portrait of a mother who’s not above taking money from her prostitute daughter even while judging her for her profession, but who comes through for her girl in a big way when Shannan needs someone to speak up for her.

There is no vanity in Ryan’s indelible performance as a blunt-talking woman without a trace of sentiment in her body. Indeed, when one of her younger daughters, Sherre (Thomasin McKenzie), needs comforting from her mom, she gets a lecture and near-rejection instead. But it is that frank, angry quality that makes Mari Gilbert the perfect advocate for her missing daughter as she approaches the police with the snarl of a junkyard dog.

Adapted from Robert Kolker’s true-crime book, Lost Girls pays fitting homage to a mother who would not quit in her search for justice even as it re-creates the tragedy that put her in that position.