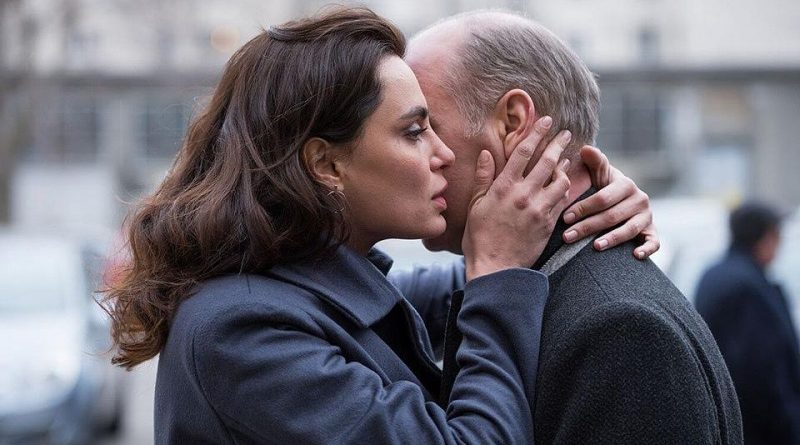 Accepting his Golden Globe award for best foreign-language film, the South Korean director of Parasite Bong Joon-ho dropped a manifesto of sorts when he declared “once you overcome the one-inch tall barrier of subtitles, you will be introduced to so many more amazing films”. People – or at least Academy voters – seemed to be listening, Parasite going on to make history when it became the first non-English language film to win the Best Picture Oscar.

Sweetheart of the Romanian new wave Corneliu Porumboiu was also at one point an Oscar hopeful for this year; his eleventh film as director The Whistlers was selected as the Romanian entry in the Best International Feature Film category, but did not make the nominations list. In a sense, this is perhaps not surprising, as it is hardly Porumboiu’s most explicitly ‘political’ film in the way that we now typically expect contemporary Romanian cinema to be. But to dismiss it as somehow therefore comparatively lightweight does both Porumboiu and the film itself a great disservice; as much of a genre romp as it is, like Bong Porumboiu is determined to challenge audiences, not just regarding the “one-inch tall barrier of subtitles”, but about the function and form of language itself.

On the surface, The Whistlers is a straightforward enough heist film with a twist that verges on quirky. Corruption and double-crossing reign supreme, the film’s protagonist Cristi (Vlad Ivanov) an unapologetically bent cop who finds himself in the Canary Islands to help a notorious businessman escape police custody with the help of the crook’s girlfriend, the suitably noir-named femme fatale Gilda (Catrinel Marlon). But the police on the small island of La Gomera are hardly above reproach themselves, a dizzying mise-en-abyme forming around the seemingly never-ending circle of surveillance operations, double-takes and deceptive personae.

Where The Whistlers steps up, however, is predicated in Cristi’s ostensible excuse for being in La Gomera in the first place: he’s there to learn el silbo, a whistling ‘language’ specific to the island that allows its ‘speakers’ to communicate across vast distances. While an important and carefully documented real-life aspect of the island’s cultural and social heritage, as is noted within the film, it’s also super-useful for criminals who wish to communicate with each other publicly without the authorities cottoning on to what they are talking about, a scenario we see increasingly played out in the film as Cristi gets a handle on the whistling language and can communicate more freely with his co-conspirators.

While on the surface “the whistlers” of the film’s title may be there simply as a bit of an eccentric flourish, as is perhaps unsurprising with Porumboiu, there’s a lot more to it. Scratch beneath the surface, and the film plays out on screen in a number of ways that make accessing its multiple forms of oral communications impossible to follow without subtitles; on the slim chance that you happen to know English, Spanish and Romanian, Porumboiu is wise to guess that the number of people seeing the film who know those three languages and el siblo are probably close to zero. Most people – if not all people – are going to have to rely on subtitles to understand at least some of the film’s core dialogue.

It is here where not just the thrills but the thematic punch of The Whistlers can be found. Language can be both inclusive and exclusive; it can be a way to share secrets, but also a way to exclude others from them. There’s something ultimately very playful and very exciting in the way that Porumboiu experiments with language in the film, but it’s more than just hollow experimentalism: rather, The Whistlers is a clever but never smug exploration of the power of language itself, simultaneously demonstrating how the genius of the Romanian New Wave continues to take new and exciting forms.