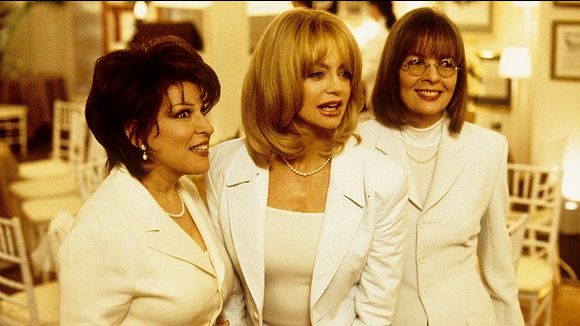 Diane Keaton, Bette Midler and Goldie Hawn will reunite on the big screen for the first time since 1996’s First Wives Club in the yuletide comedy Family Jewels.

The dynamic trio of iconic performers will star in the New Republic Pictures project as three women forced to spend Christmas together, along with their kids and grandkids, after the man they were all once married to dies in a New York City department store.

Screenwriter Peter Hoare wrote the multigenerational holiday feature, which has a potential production start date for later this year.

New Republic principals Brian Oliver and Bradley Fischer will produce, along with Alan Nevins, while Tracey Nyberg will executive produce. Continue reading on THE WEEK IN WOMEN.