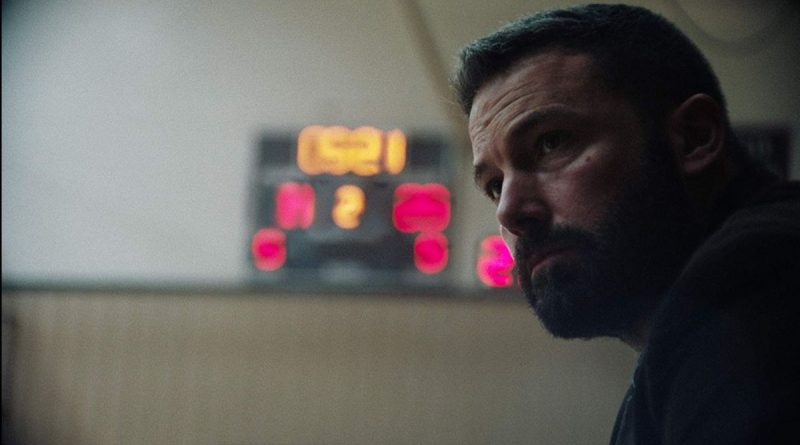 Ben Affleck’s new movie The Way Back isn’t based on a true story. However, parts of this raw and inspirational basketball drama could be.

In The Way Back, the 47-year-old Oscar-winning actor plays a construction worker and basketball coach battling alcohol addiction.

Affleck, a recovering alcoholic himself, said in a recent People Magazine article (March 2, 2020), that there were some things about the character he could “really connect to” and that echoed his own experiences with alcoholism, family strife, and divorce.

The Way Back reunites Affleck with Gavin O’Connor who directed him in The Accountant and whose work also includes the sports dramas Miracle and Warrior.

Jack Cunningham (Affleck) could have been one heck of a basketball player. He was a big-time baller at Bishop Hayes Parochial High School where he led his squad to the championship in 1994 and earned MVP. Jack surprisingly walked away from a scholarship to the University of Kansas.

In hindsight, he admits it wasn’t his smartest decision and that he made a lot of stupid mistakes when he was young.

Flash forward several years, and Jack is now working at a boring construction job. Life has dealt him several blows. The biggest involved a devastating family tragedy. Consequently, Jack drinks morning, noon and night to try and ease the pain. He showers in the morning with a beer in hand, drives to work with vodka in his thermos and stops at the local bar on his way home and has a few rounds with the gang. Fortunately, his good friend Doc (an underused Glynn Turman, TV’s Fargo) is always there to drag him out the place and take him home.

Jack’s abusive and destructive behavior is just too much for his wife Angela (Janina Gvankar, TV’s The Morning Show) who winds up leaving him. Even Jack’s sister Beth (Michaela Watkins, TV’s The Unicorn) is embarrassed that he can’t get his act together.

When Jack gets a phone call out of the blue from Bishop High School’s Father Devine (John Aylward, TV’s Briarpatch), it might be the second chance he desperately needs.

Father Devine offers Jack the opportunity to come back to his alma mater and coach the boys’ basketball team because their coach had a heart attack. He lets Jack know up front that the team is awful and hasn’t been on top since he left.

Jack’s not a coach. Plus, the game has changed since his playing days and these kids need structure and discipline. Things that Jack doesn’t even have in his life.

After plenty beers and thought, Jack agrees to take the job and soon he’s trying to connect with this rag-tag team. There’s Brandon (Brandon Wilson, TV’s Ray Donovan) who is arguably the best player on the court, but he lacks confidence. His father Russ (T.K. Carter, TV’s Stumptown) believes Brandon shouldn’t bank on basketball and would rather he focus on school and getting a real job. Kenny Dawes (Will Ropp, Silk Road) could be good if he put more time into honing his game rather than chasing all the girls on campus. Chubbs (Charles Lott Jr. TV’s Modern Family), can play when he’s not goofing off and so can cocky Marcus (Melvin Gregg, TV’s Snowfall).

To whip the guys in shape, Jack uses his tough love approach and a lot of explicit language. His coaching style goes against the school’s code of conduct and riles the assistant coach (Al Madrigal, Night School) and makes Father Mark Whelan (Jeremy Radin, TV’s, This Isn’t Working) extremely uncomfortable.

The basketball sequences in The Way Back aren’t on par with those in Coach Carter or Glory Road, but unlike those movies, the emphasis here is more on the characters and how they learn, grow and overcome adversity. Basketball is almost secondary.

And, while this underdog story is a familiar one, screenwriter Brad Ingelsby (Out of the Furnace and Run All Night) manages to sidestep most of the typical stereotypes and clichés that usually undermine similar sports films. We don’t see every buzzer beating moment of the big games. The final scores are shown on the screen instead. In addition, the students act like real high school kids.

But it’s Affleck who commands our attention in The Way Back with his convincing performance in this gritty, dark redemption story. It’s a winner.