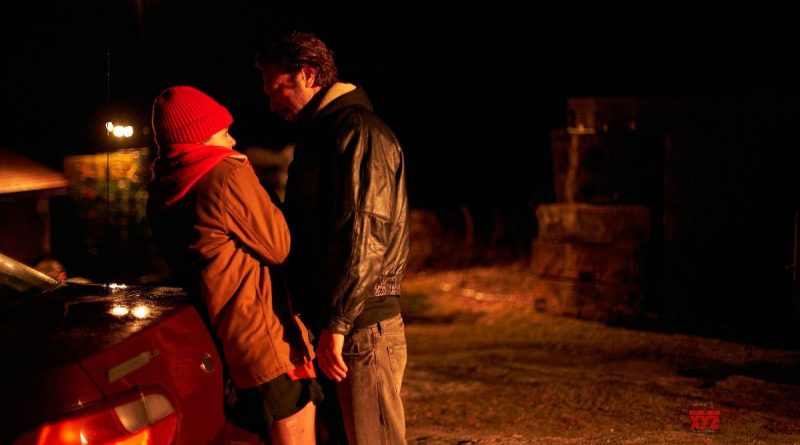 Set in the isolated fishing town of Easter Cove, Maine, during a frosty winter, Blow the Man Down is a neo-noir in the vein of the Coen brothers classic Fargo. Initially, it may seem like a bucolic burg populated with brawny men and salt of the earth females who start downing whiskey early and often each day. But just as there was something rotten in Minnesota, there is a seamy underbelly to the goings-on, one that involves in the battle of the sexes, including the fact that the local bed and breakfast is actually a not-too-well-disguised long-running brothel.

First-time writer-directors Bridget Savage Cole and Danielle Krudy kick off their whale of a tale with salty sea-faring men bellowing the sea shanty that provides their title. From there, we head to a funeral where the Connolly sisters, party girl Mary Beth (Morgan Saylor) and more level-headed Priscilla (Sophie Lowe) mourn their mother and fret over their financial situation while continuing to run the family’s local fish store. But before the day is over, the siblings get entangled with a dangerous man and matters end badly indeed.

One cool thing about the plot is how Krudy and Cole make their female-forward story multi-generational. Much of its appeal comes from watching the sisters counting on the mother’s friends in the form of respected matriarchs played by June Squibb, Annette O’Toole and Marceline Hugot as well as the mighty presence of Margo Martindale, who oversaw the whorehouse with the girls’ mother and mostly steals the movie.

Matters go awry with two dead bodies, a missing knife and secrets and lies being exposed and some justice being served. But what I most admired about this deep dive into the black heart of a small town is how the ladies behind the camera show a flair for the morbid and shocking that almost equal to the Coens. What the wood chipper was to Fargo, a harpoon to the chest is to this crime mystery. Surely, that metal likeness of a fisherman looming over Easter Cove is a salute to that creepy Paul Bunyon wood sculpture.