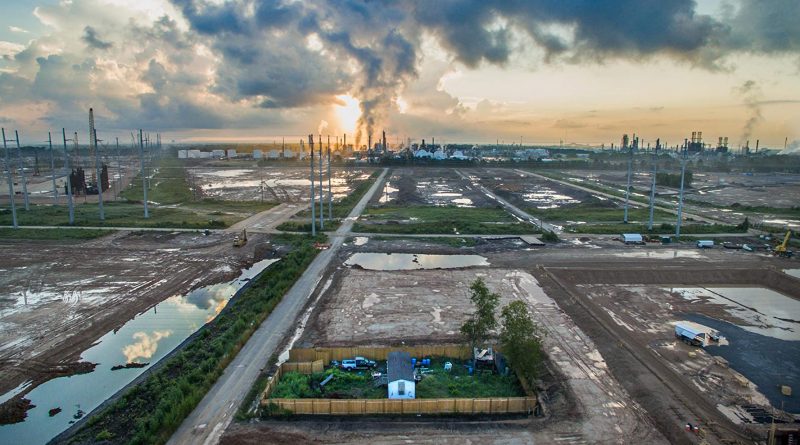 You don’t know Stacey Ryan — yet. But once you meet him, you’ll never forget him.

Founded in 1790 in southwest Louisiana, Mossville was home to “freed slaves who lived in peace and happiness,” Ryan mournfully observes, describing it as “a thriving community” where “we looked out for one another. We existed.”

Mossville: When Great Trees Fall (the subtitle inspired by a Maya Angelou poem) traces the town’s downfall after a giant petrochemical firm founded in apartheid-era South Africa buys and bulldozes it to build another facility in an area already choked by too many of them.

The documentary explores the horrifying health impacts of the area’s industrial activity. Even more crucially, however, director Alexander Glustrom and colleagues focus on the devastating emotional toll.

A number of Mossville residents share lively through-the-generations memories. Erica Jackson proudly points out that Fisher Street bears the name of a founding ancestor. She describes Mossville as “a place that seemed to be more free,” even in the Jim Crow-era South.

Ryan, however, provides a crucial central focus, especially because he’s the one Mossville resident who refuses to abandon his home — even after authorities force him off the grid, cutting off his water, power and sewer lines.

Good thing he’s a master mechanic, more than capable of jerry-rigging systems that make it possible for him to stay — even with mountains of dirt surrounding his yard and construction equipment rumbling by around the clock. But Ryan (who, as a kid, dreamed of becoming an astronaut) has lost too many relatives to cancer and is himself battling ominous health problems.

None of which stops him from focusing on the most important thing in his life: his young son. (“Doctors tell me I might not live to see him graduate,” Ryan sadly acknowledges.)

Throughout, director Glustrom balances intensely personal insights with broader contextual observations — including a revealing visit to the South African township of Zandela (which means “forgetting about the person”), home to a petrochemical plant just like the one being built in Mossville.

Inevitably, it subjects Zandela’s residents to the same sort of environmental dangers faced by those who called Mossville home.

Whether in South Africa or the American South, the human cost — and the injustice — remains the same.