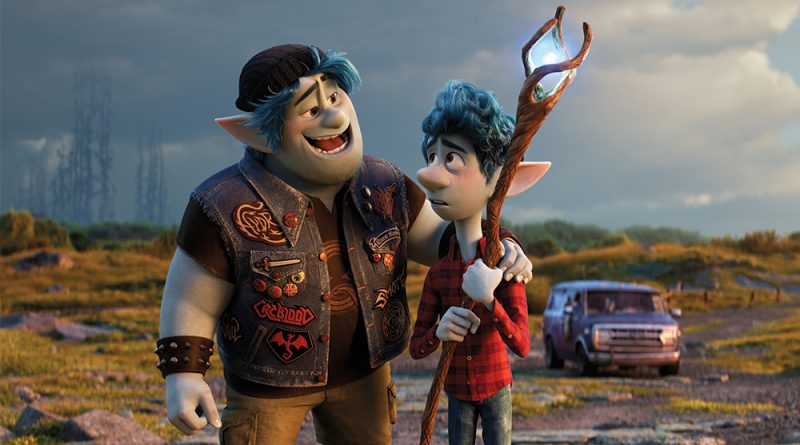 Pixar Animation Studios this year is celebrating the 25th anniversary of its first feature film – 1995’s now-iconic “Toy Story” – and the magic still hasn’t worn off.

The game-changing digital-animation giant has developed an uncanny knack for taking tried-and-true cinematic genres and putting a singular spin on them, from the superhero drama with “The Incredibles” and the space epic with “WALL-E” to the creature feature with “Monsters, Inc.” and the princess movie with “Brave.”

“Onward,” Disney/Pixar’s latest enchanting all-ages offering, casts a heartfelt and humorous spell with its loving riff on fantasy adventure movies. It starts with impressive world-building, transporting audiences to the formerly enchanted land of New Mushroomton, now a sprawling suburb where the mystical denizens – centaurs, sprites, cyclopes and the like – have given up their magical powers in favor of modern-day conveniences like electric lights, cellphones and minivans.

Among them are the elvish Lightfoot family: Ian (Tom Holland, capably channeling the angst that makes him such a great cinematic Spider-Man), a shy and awkward teenager struggling to overcome his lack of confidence and fit in at high school; his older brother, Barley (Chris Pratt, in full-on Star Lord mode), an audacious lover of magical history spending his gap year protesting the destruction of fantastical landmarks and fixing up his old Pegasus-painted van dubbed Guinevere; and their mom Laurel (Julia Louis-Dreyfus), a busy but loving single parent whose centaur boyfriend, a no-nonsense cop named Colt Bronco (Mel Rodriguez), exasperates her sons.

For Ian’s 16th birthday, Laurel presents the boys with a surprise gift from their father, Wilden (Kyle Bornheimer), who died when Barley was a toddler and Ian was only an infant. The package contains a magical staff and a spell that promises the chance for a temporary reunion, and both boys eagerly embrace the opportunity to have one last day with their dad.

Naturally, the enchanted experiment goes wrong, forcing Ian and Barley to embark on an arduous quest in which merging onto the freeway for the first time just might be as hazardous as facing off with a bone-dissolving giant Gelatinous Cube. Along with their van and staff, the brothers are equipped with Ian’s desperate determination to finally have a single memory of his dad and Barley’s expansive knowledge of an allegedly fact-based game called “Quests of Yore,” which bears strong resemblance to “Magic: The Gathering” and “Dungeons & Dragons.”

Alarmed that her sons have set off on such a dangerous journey alone, their mom heads out on her own mission, teaming up with a meek manticore (Octavia Spencer) trying to get back in touch with her fearsome side.

“Onward” represents a huge leap for director/co-writer Dan Scanlon over his previous Pixar feature, the passable “Monsters University,” because it feels personal – and it is. He based the core story on his own experiences growing up without his father, who died when the filmmaker just was a baby, and those emotions resonate throughout the film.

Both a loving sendup and tribute to epic fantasy stories and their fervent fans, “Onward” is packed with hilarious Easter eggs and plot twists both familiar and surprising. Holland and Pratt are so good as mismatched siblings that it’s easy to imagine a Marvel fanboy currently putting the finishing touches on an online petition to have Spider-Man permanently join the Guardians of the Galaxy.

It doesn’t scale to the heights of pinnacle Pixar films like “Toy Story,” “Inside Out” and “Finding Nemo,” but “Onward” still manages to cast an entertaining spell.