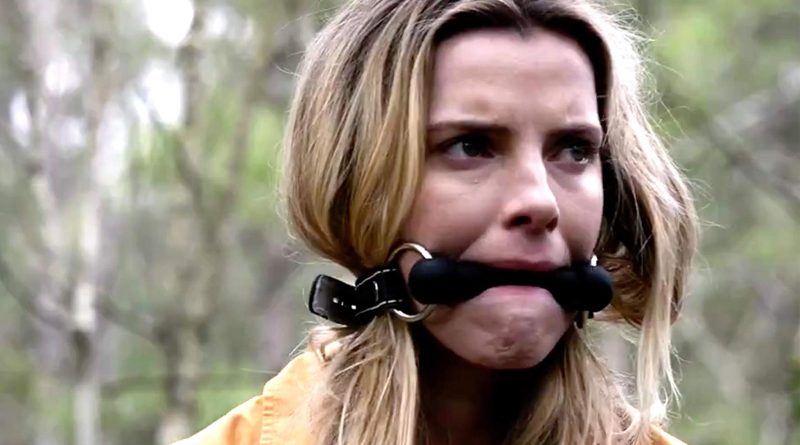 Because of political controversy, the initial 2019 release of The Hunt was delayed following mass shootings in Dayton, Ohio, and El Paso, Texas; now it’s in theaters during a pandemic. Go figure!

Taking its cue from Richard Connell’s The Most Dangerous Game, it depicts wealthy, heavily armed elites exercising their Second Amendment right against a dozen drugged/kidnapped/gagged victims, stalking them as sport on a private game reserve in Croatia.

As the opening text notes: “Nothing better than going out to the Manor and slaughtering a dozen deplorables.”

Snarling Southerner Crystal May Creesy (Betty Gilpin) is ex-military, having served in combat in Afghanistan. She’s an enigmatic survivalist, determined to wreak revenge on her captors, particularly the group’s leader, Athena (Hilary Swank). In the press notes, their pivotal hand-to-hand confrontation is described as “John Wick in a Nancy Meyers movie.”

Both the predators and prey are sloppy, shallow, stereotyped caricatures, as opposed to subversive characters, dubbing their conspiratorial hunting endeavor as “Manor-gate.”

There’s even a pig named Orwell, referencing George Orwell’s Animal Farm, and a revision of The Tortoise and the Hare fable.

Produced by Jason Blum for about $15 million, it’s filled with graphic, gory, R-rated exploitation, falling into the brutal Blumhouse horror/thriller genre, which includes The Purge, Get Out, Us, and most recently The Invisible Man.

On the Granger Movie Gauge of 1 to 10, The Hunt is an angry, insufferable 3, filled with schlocky, blood-splattered mayhem. Keep your distance