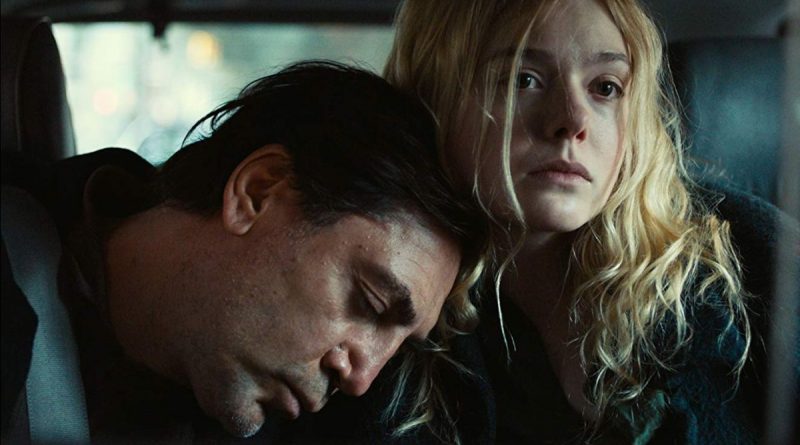 By virtue of the very title alone, riffing as it does on the title of Robert Frost’s infamous 1916 poem, it is perhaps unsurprising that more than one critic has identified a vaguely literary ambience to revered British filmmaker Sally Potter’s latest offering, The Roads Not Taken. Even before seeing the film, I was myself instantly reminded of a book: Patrick White’s 1987 book Memoirs of Many in One. While a fictional novel, the book is predicated on the claim that it is in fact the memoirs of its central character – Alex Xenophon Demirjian Gray – which White, himself, is only editing.

Although far from the Nobel Prize winning White’s most famous book, it staunchly remains my favourite of his works. In it, we gain first hand insight into Alex’s internal life, a woman in her later years who has clearly lost her grip on reality. Yet while her family fret and wring their hands around her, worrying what to do and care for her, Alex takes us on the wildest of adventures as she slips in and out of her imagined fantasies, including (but not limited to) a lengthy period where she goes on a memorable tour across outback Australia under the stage name “Dolly Formosa”, travelling with a theatre troupe.

I was admittedly forced into reading White’s novel when I was a university undergraduate, but over the years I have found myself on more than a few occasions buying copies for friends who have had a loved one suffering from some form of dementia. Just as I have found White’s book a comfort to me at such times, my friends too discovered that it helped them shift their thinking about how we understand and care for people with these kinds of degenerative memory disorders.

This all sounds like a roundabout way to approach Potter’s latest film that had its world premiere to a broadly unmoved audience at the recent Berlinale, but for me the two are virtually inseparable. Starring Javier Bardem and Elle Fanning in objectively brilliant performances as a father and daughter struggling with the former’s severe mental decline, the film weaves its tale of 24 hours in the life of Bardem’s Leo and Fanning’s Molly as the dedicated, loving daughter attempts to take her father to the dentist and optometrist. In the face of the broad dismissal of her father’s fundamental right to dignity, Molly is frustrated both by the dehumanizing way with which he is treated, and her own struggle to help Leo when his mental faculty continues to deteriorate so rapidly.

Intercut through this, however, we also are privy to Leo’s internal life and his vivid memories of the past. Not wholly unlike Alex in White’s Memoirs of Many in One, Leo too travels elsewhere while those who seek to care from him are stuck in the present reality. But while for Alex, these sojourns offer liberating flights of fantasy, Leo is pulled back into often deeply traumatic memories of the past as he recalls the emotional immediacy and intensity of difficulties faced in relationships and encounters from long ago.

The Roads Not Taken is, clearly, not a particularly fun or easy film to watch, and nor, considering the weight of the subject matter, should it be. As both director and writer, Potter is clearly immersed and wholly dedicated to the world(s) she seeks to paint, how they lie in tension with each other, and how those tensions can be deeply distressing – not just for Leo himself, but for his devoted, loving daughter who is increasingly being forced to accepting things about her father’s ability to live independently that she has thus far been highly resistant to.

On one hand, there’s little of the film to fault: the performances are outstanding, the screenplay is meticulous, and as one of the most unwaveringly finest British filmmakers of the last forty years, Potter herself is of course very confident and capable behind the wheel. And yet, while on paper The Roads Not Taken should be up there with her finest work, at the end of the day it simply just doesn’t cut it. It’s hard to pinpoint exactly why the target is missed as technically all the pieces are here, but there’s something unexpectedly shallow about the film, despite the unambiguous depths of the thematic terrain it seeks to plummet.

While I do not for one moment buy any suggestion that novels are somehow superior to cinema and reject such highbrow, archaic claims with undisguised aggression, I do wonder if it might be a question of form that allowed White to tell his (very) similar story so compellingly, while Potter’s in contrast falls comparatively flat. Or, perhaps more likely, maybe I’ve simply just heard the story before, and it was better. Either way, Potter’s lesser efforts – of which The Roads Not Taken is sadly one – are still undeniably superior to the vast bulk of movies being made today. This film is direct evidence that even Potter’s slight misfires are something most other filmmakers could only ever dream of aspiring to.