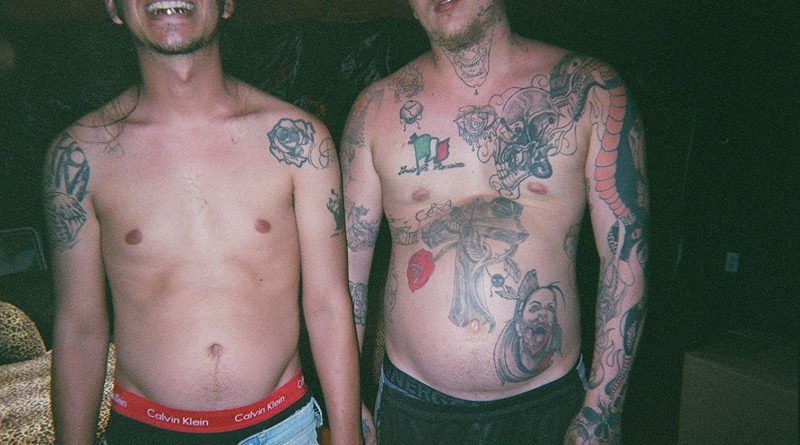 There’s an explosion of underground rappers releasing their music on SoundCloud, some of which are gaining a global audience. It is with this understanding, as a number of her high school buddies have found relative success there, that writer/director Marnie Ellen Hertzler built her part-narrative, part-documentary, part video art project called Crestone. The film is shot over an 8-day period in the Colorado desert, outside the tiny town of Crestone, population 143, with Hertzler’s high school friends as subjects. She uses voiceover narration throughout the film, but one of the first things she says is, “The movie is a love letter. This movie is about the end of the world.” It’s also about weed, lots of weed, and the search for identity that sometimes goes undiscovered. It questions, “what is reality and what is fiction?” That sometimes goes beyond what is manipulated by a filmmaker, and goes unanswered, even when asked by the subjects themselves.

Anti-consumerist young men, mostly in their 20s, converge in the desert near Crestone, Colorado, to fashion a ramshackle home in which they create music, performed for each other and various social media sites, grow and smoke a lot of weed, and eat what appears to be almost exclusively bologna. They wander through abandoned spaces, foraging for anything of use, spend hours a day getting inked by the resident tattoo artist, and share their thoughts about aliens, the universe, and the possibility that that are the last people that exist after the apocalypse.

These are Peter Pan’s Lost Boys, marching through sand dunes, rapping freestyle, and blowing clouds of pot smoke while considering the existence of living in a desolate, nearly-unreachable location. Call it Lord of the Highs.

The whole movie is like sitting at a party trying to talk to someone when they are at the apex of their drug trip. But is it real? Frankly, I don’t believe a word of it, and I don’t think any of them do, either. That doesn’t mean it isn’t entertaining, and even thought-provoking. They live in boondock squalor, and genuinely seem to question what the hell we are all doing to each other and the planet. All that is beyond question. Occasional alarms go off on phones and computers, warning of potentially deadly fires approaching. At one point, Hertzler muses about her patience becoming frayed, and wonders about the wisdom of her friends’ commitments to this desolate, supposedly art-centered lifestyle, saying “performance and being became indistinguishable”. The real question being posed here is: what must be compromised in the millennial search for happiness? Does it mean abandoning the superstructures of society, since they hold no promise? Imagining an end to life as we know it, so a new, more inclusive design can be erected? Does it mean losing oneself, in the fashioning of a social media persona worthy of being followed? Or is it time to just stay high and stop washing? The last scene of the film may argue for the last option, and is potent enough to suggest Hertzler has a method within this rambling movie madness.

Viewers watching this meandering cinematic drug trip are treated to the sparse, intense score supplied by Animal Collective, as well as several music videos, slipped seamlessly within the film’s timeline. It somehow all feels of a piece.

This is not viewing as usual. It’s guerrilla filmmaking. It’s oddly, at once ponderous, and fascinating. “The roots are shallow here,“ says one character, out of the blue. Is this just a non-sequitur, or is it referencing the constantly moving goalpost for millennials in their quest, in a world that increasingly undervalues them, to still find meaning and purpose.