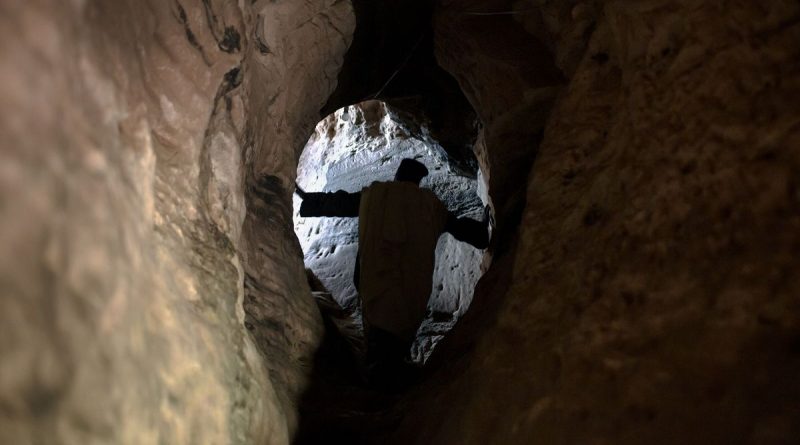 Echoes of the Invisible is as heady, vast and ambiguous as its title indicates. It has the loftiest of goals: to help us understand our place in the universe. To do so, it takes us through journeys ancient and present, up into the cosmos and down into the ocean’s icy depths, and across the world through deserts and rainforests to identify the world’s most persistent living organisms. For most of Steve Elkins’ documentary, it’s a little unclear how the threads connect – and maybe that’s being cute, because it’s about our interconnectedness: stranger to stranger, neighbor to neighbor, one nationality to another, and us to our ancestors and the earth around us.

It’s definitely going to appeal to certain groups of people, particularly the intellectual and the spiritual. However, for many, the discussions will fly above their heads. Scientists and astrophysicists speak in what they probably think is layman’s language, but it’s not – talking about structural space and time and pursuit of neutrinos sounds a lot like Charlie Brown’s teacher to those whose brains stop at the word “cyrogenic” (although, even we small brains can laugh that the official term for astronomists most powerful optical instrument is “VLT” — Very Large Telescope).

The leader of the pack is two-time Pulitzer Prize-winning journalist Paul Salopek, who ambitiously sets out to trace ancient migrations by experiencing them himself: he literally walks 21,000 miles across the world. His on-camera ease with explaining how experiencing history through his feet connects him to humanity has its own charisma. Combined with the gorgeous sweeping images displaying the magnificent geography and faces of those he meets on his path makes one think: get this guy a NatGeo show! Well, a simple Google search reveals the organization is on it: they helped to fund the seven-year “slow journalism” trek we get a glimpse of in the docu (and thank goodness outlets still exist to support deeply investigative efforts). It’s confusing, though, as to why Elkins chose to have all of his star’s on-camera exposition shown as if it’s a Skype interview: Salopek talks to us through a computer screen. It’s weird because the viewer accompanies him on most of his journey – so why is he summarizing his experience through the computer? Then, toward the end of the film, we are briefly shown a shot next to him as he’s talking into the computer – Elkins is with him. The entire exercise pulls the viewer out of the experience to wonder why Elkins chose to create a barrier to connecting us with the person who is discussing why we need to get out of our cars and off our screens to reclaim our humanity.

The film, itself, is an example of slow journalism. Plainly, it’s a nap movie. The cinematography is gorgeous, but leisurely. It also incorporates the still photos of research photographer Rachel Sussman who has documented the oldest living organisms in the world (again, whomever is funding these efforts, more power to you). Images return again and again to Buddhist monks praying and creating sand drawings, and all set to Ben Eshbach’s relaxing orchestral score. The combined effort is hypnotic. Long stretches of no dialogue; subjects who are not dynamic personalities, rather experts who don’t speak with much variance or emotion in their tone; and even a 5-minute on-screen musical interlude with captions expounding on the power of silence – it’s a recipe for sleep. However, it’s hard to knock that. Whether the film gives you a profound understanding of our place in time in the universe or a profound nap, it’s time well spent.