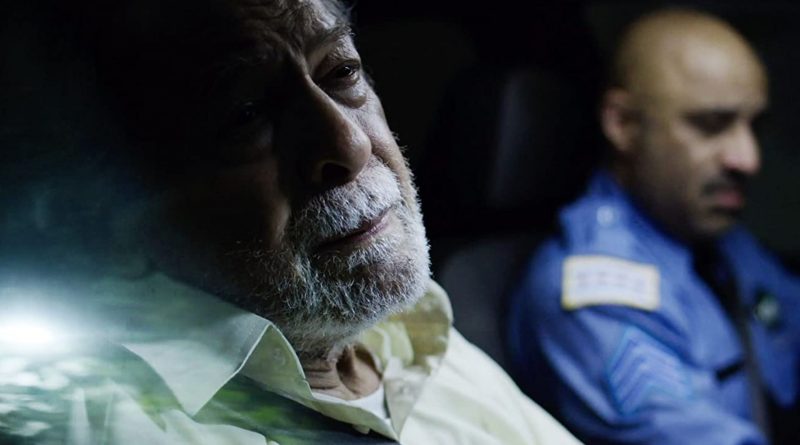 We are going to be seeing the work of Pakistani-American director Iram Parveen Bilal for decades to come. I’ll Meet You There, her third feature, displays a keen ability to guide the cinematography, editing and actors in a way that allows the audience to fall in love with her characters.

So many new directors are afraid to move the camera in close to let us see the actor’s face as if we are inches away, but Bilal’s camera direction lets the audience hover close enough to see every emotion. And, especially with her lead, Faran Haroon Tahir, there are many layers within each moment to explore. Tahir has been working in Hollywood acting steadily in character roles for thirty years. I was thrilled to see him get the chance to sink his teeth into a leading role. Tahir’s character is a Muslim-American father caught between love for his family and heritage and desire to fulfill his duties as a cop. Will he protect his adopted country? Is it worth protecting? That sounds like a great idea for a film, unfortunately, in terms of the story, much of the promise is lost in a muddled script.

Tahir valiantly throws himself into the role, and there are scenes where his talent combined with Bilal’s direction sweep the audience into the world of the film. In those moments, we are on the streets, experiencing what it is like to be a Pakistani cop in an American city. We feel his love for his daughter, his desire to protect her from anything in the world that could hurt her. Then we are cast out of his world and stranded suddenly in a coming of age drama.

The film doesn’t seem able to pick a main character. The daughter, who was raised in America, is just now learning about her Muslim heritage. As she applies for her dream school, Julliard, her new-found religion has her questioning her love of dance. That storyline could also make a strong film. As it stands, neither story is fully realized. Nikita Tewani, who plays the daughter, shines when she physically interacts with other actors – teaching dance to retirees, dirty dancing with another student, even showing her grandfather around her home. When she is still, she is a bit lost — which actually works well for the character in the beginning. However, In the end, when she is no longer dancing, Tewani struggles to inhabit the character’s pain.

Even Tahir can’t command the audience’s attention in the end as the investigation is needlessly complicated, a love affair suddenly appears and a family secret is revealed, giving a sense of whiplash since none of it was earned earlier in the film.

It is inspiring to see what this independent filmmaker was able to create on a limited budget, but more time needed to be spent on the script before the first frame was shot. Next time, I hope Bilal streamlines the story and digs deeper into the character’s world – or hires another writer and concentrates on letting her directing strengths shine.

Julia Swift can be seen weekly reviewing movies on on FOX44/ABC22 and read on Rotten Tomatoes. After writing for network television and directing award winning shorts, she realized her favorite part of working in media was talking about film with people as obsessed as she is, and made the switch to reviewing. She is also an assistant professor at Champlain College in Vermont/