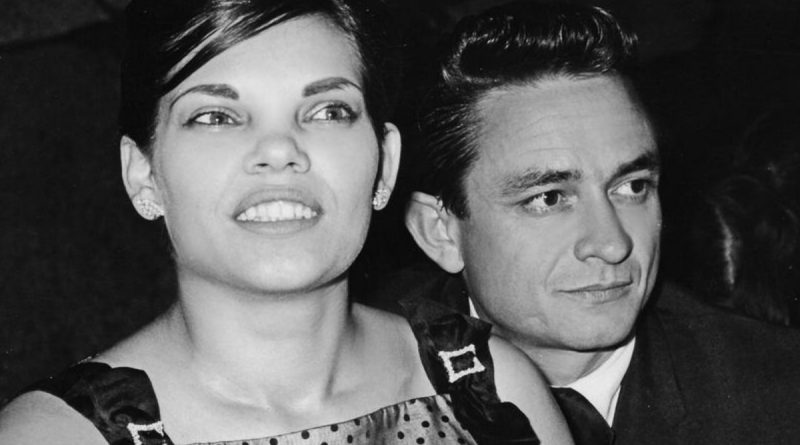 The cliché about the women behind rich, famous, successful — “great” — men is a cliché not only because it’s true, not only because it’s the emotional and practical support so many women have offered so many men that has made such success possible. It’s a cliché also because such women have been, for the most part, anonymous, individually and collectively, an undifferentiated mass of mothers, sisters, girlfriends, and — mostly — wives.

My Darling Vivian is here to right that wrong in one case that features not only unjust oversight but egregious, overt abuse and misrepresentation.

Filmmaker Matt Riddlehoover has a personal connection to his subject: his partner, Dustin Tittle, is a grandson of Johnny Cash and Vivian Liberto. You know, Vivian Liberto, Cash’s first wife and the mother of his daughters, including singer-songwriter Rosanne Cash. It’s possible you never realized that Cash was married to anyone other than June Carter Cash, because Liberto has been, at best, vilified in the Cash story, and at worst, erased from it. Or is it the other way around? Is it better to be erased than vilified? Either way, it’s all outrageous, and examples of both here will infuriate you.

Riddlehoover’s introduction to Liberto’s story came via the complaints of his mother-in-law, Kathy Cash Tittle, over how her mother, Liberto, was so poorly depicted in the 2005 Johnny Cash biopic Walk the Line. So here Riddlehoover lets the Cash daughters — also including Cindy Cash and Tara Cash Schwoebel — tell their mother’s story, backed up by an absolute treasure trove of vintage photos, home movies, and the enormous stack of love letters Liberto and Cash wrote to each other during the three years he was in the army stationed in Germany.

This is an incredible film for the rich portrait it paints of a complex, very private woman who had to find ways to cope with not only multiple small children on her own but also with her husband’s burgeoning fame in an era, the late 1950s and into the 60s, when the media was just beginning to generate a rapacious, devouring interest in celebrities and no one knew how to deal with it, even less so those who did not seek out the spotlight. (The daughters talk of how their mother was constantly having to fend off fans who showed up at their house in California, even while her husband was out on the road for months at a time.) It’s also a fascinating peek into the family dynamic of siblings, and how four children in the same family can have very different experiences of growing up and very different stories to tell; Rosanne, the eldest, suggests this at the outset, and it becomes clear as the path of Liberto’s difficult life impacts her daughters in varying ways.

If nothing else, My Darling Vivian — the title is a salutation Cash regularly used in his letters — is a deconstruction of the idea of the artist’s muse, from the unfairness of reducing her to a mere cog in his creative wheels to her dispensability when another comes along. Liberto was Cash’s inspiration for “I Walk the Line,” and their letters and the testimony of their daughters makes it plain that they were deeply in love, at least for a while. But moments of perception and experience such as a pop song captures are merely that: moments. And the world moves on while they remain frozen in time. The emotional archaeology of Vivian carefully unpacks it and defrosts it and makes for a richer understanding of the complicated feeling that goes into art, artist, and those left in his wake.